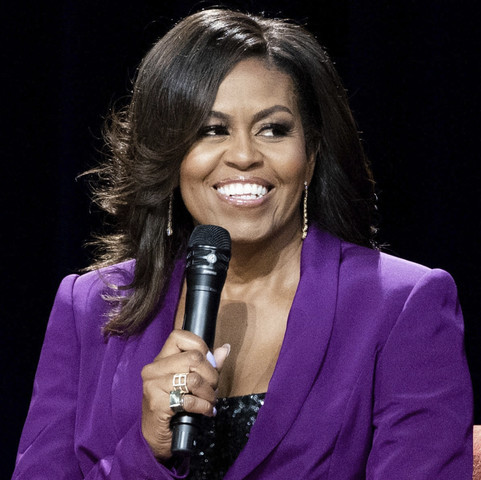 “Advocate, author, lawyer, and 44th First Lady of the United States—the first Black person to serve in the role—Michelle Obama has emerged as one of the most influential and iconic women of the 21st century,” the organization remarked of Obama on its website. As First Lady, Obama implemented several social programs aimed at educating children and supporting military veterans. And when her time at the White House came to an end, she remained an influential public figure.

In 2018, Obama published her critically-acclaimed memoir Becoming, a vulnerable retelling of the most defining moments of her life’s journey, beginning with her upbringing in the southside of Chicago. She later launched The Michelle Obama Podcast, a platform where she hosts important conversations with close friends and colleagues about “the relationships in our lives that make us who we are.” Obama, along with her husband, also struck a production deal with mega streaming service Netflix. The collaboration has already yielded projects such as Becoming, the documentary, and Waffles + Mochi, Michelle Obama’s newest show aimed at educating children about cooking and food culture. Finally, our former FLOTUS continues to demonstrate great leadership during the ongoing COVID-19 crisis, having become an instrumental part of giving back to those in need and amplifying essential public health resources.

So excited that Waffles + Mochi comes out on Netflix next week—and in collaboration with @PHAnews, our Pass the Love campaign will seek to address food insecurity by providing more than one million meals to families in need. Hope you’ll get involved: https://t.co/MH3Kz48dtl pic.twitter.com/xM9hJwUYjx

Inducting leading women since 1973, the National Women’s Hall of Fame’s mission of “showcasing great women” and “inspiring all” honors those who have made great contributions to American society. This year’s inductees, who also include pioneering NASA mathematician Katherine Jackson and award-winning science fiction writer Octavia Butler, are undoubtedly women who have forever altered the fabric of our world. The live ceremony is scheduled for October 2, so mark your calendars!

Burger King's Ironic, Misogynistic Tweet, And Why It Should Actually Matter To You

Meet The Next Generation Of Superstar Activists: Exclusive BUST Interviews