Burger King’s Ironic, Misogynistic Tweet, and Why it Should Actually Matter To You 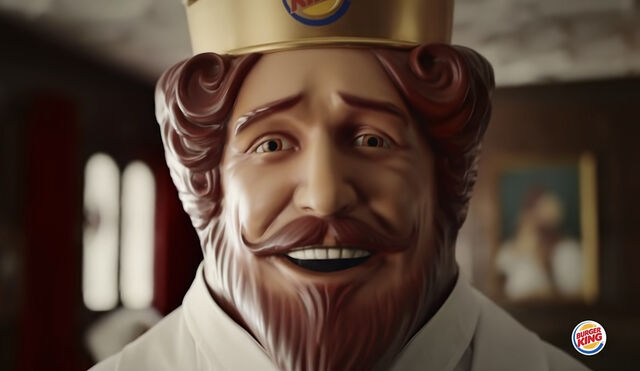 In a since-deleted tweet posted on International Women’s Day, Burger King UK wrote, “Women belong in the kitchen.” A second tweet added, “if they want to, of course.” This shock comedy was meant to shine a spotlight on the inequality of women in the culinary field and announce the brand’s new scholarship program. The problem is, it wasn't funny.

The brand took out a full-page ad in The New York Times echoing the same joke. This remnant of their PR stunt is less easily erasable. A statement by Burger King took partial responsibility for the error but did not address the misogyny in their message. "It was our mistake to not include the full explanation in our initial tweet and have adjusted our activity moving forward,” the statement read, “because we’re sure that when people read the entirety of our commitment, they will share our belief in this important opportunity."

The funniest thing about the Burger King "tweet" is that it clearly wasn't just a tweet. This was a whole international campaign that the UK timezone just got first. They can decide against tweeting it from the US account but they couldn't pull the New York Times ad fast enough🤷‍♂️ pic.twitter.com/i4EvOCdFDF

But the outrage at the marketing campaign was not the fault of a small font, or lack of explanation in the original tweet. It was that, even on a day dedicated to uplifting women around the world, women are still positioned as the butt of the joke. Rather than make fun of the institutions or the societal issues that constrain women, Burger King continued a playground insult against women.

Burger King is pretending we live in a post-sexist age, where young women are not still put down and mocked with the same phrase the brand posted ironically on their social media. The company tried posting something that they see as absurd, but failed to recognize this misogyny is rampant in the lives of so many women.

Women in the US still do 80% of the cooking for their families, spending on average 68 minutes a day meal prepping. Their male counterparts only spend 23 minutes a day meal prepping, or the length of an episode of Schitt’s Creek without commercials. Second-wave feminists spent the greater part of the late 20th century advocating for women to have roles outside of homemaking, a joke reminding women to get back in the kitchen undermines that work.

The online aspect of this failed campaign also strikes as particularly tone-deaf. Female reporters, comedians, gamers, actresses, and women simply existing in online spaces are harassed daily for daring to take up screen space. Throwing this insult in the faces of those women online makes it look like Burger King is not aware of the actual world that women live in. You just need to look at the thread underneath the since-deleted Burger King tweet to see the vitriol it inspired against women.

We decided to delete the original tweet after our apology. It was brought to our attention that there were abusive comments in the thread and we don't want to leave the space open for that.

Angry men with American flags in their Twitter handles raged about cancel culture and people being unable to take a joke. But jokes disrespecting women are not new or interesting forms of humor. They are not intricate or well thought out; it’s lazy comedy. “Go make me a sandwich” is the knock-knock joke of the misogynistic world. If you’re going to insult me, at least make it well thought out.​

No, "Womxn" Is Not More Inclusive Than "Women"

Tags: feminism , burger king , sexism , misogynistic , misogyny , international women's day , capitalism , second-wave feminism , cancel culture , woke , misogyny,
Support Feminist Media!
During these troubling political times, independent feminist media is more vital than ever. If our bold, uncensored reporting on women’s issues is important to you, please consider making a donation of $5, $25, $50, or whatever you can afford, to protect and sustain BUST.com.
Thanks so much—we can’t spell BUST without U.