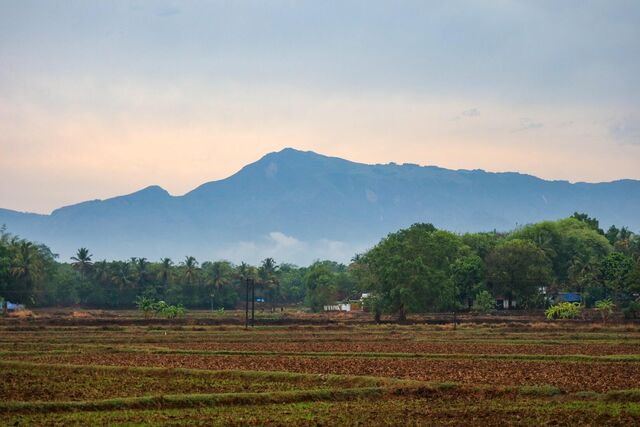 On February 13, 2021, 22-year-old environmental activist Disha Ravi was arrested by Delhi police for her alleged involvement in the creation and circulation of a digital “toolkit” promoting support for Indian farmers.

Farmers, who make up over half of the country’s workforce, have been protesting in Delhi for months in response to controversial agricultural laws that affect the sale of crops, as reported by The Guardian. In solidarity with Indian farmers, leading environmental activist Greta Thunberg shared her toolkit on Twitter that listed resources including suggested hashtags and petition information, which she later replaced with an updated version edited by Ravi.

“Historically marginalised farmers, who were first exploited by feudal landlords and colonisers pre-Independence, and by globalising and liberalizing policies since the 1990s, are the backbone of the Indian economy even today,” the updated document said (via CBS News). “An absence of solutions to deeply-rooted problems has further been exacerbated by the new farm laws that were passed without any consultation with these farmers who provide for a majority of the Indian population’s daily food consumption.”

Just over a week after the toolkit was shared online, Delhi police raided Ravi’s home in Bengaluru, India, and arrested her, later charging her with sedition and claiming that she was a “key conspirator” who sought “to wage economic, social, cultural, and regional war against India.” In court, a tearful Ravi said she had only edited two lines of the original toolkit document.

“Supporting our farmers is not a crime,” Delhi Chief Minister Arvind Kejriwal said in response to Ravi’s arrest. In her day-to-day life, Ravi works in a vegan restaurant and spends her free time “cleaning up lakes, planting trees, and campaigning against plastic in her local area, Bengaluru” (via CBS News). She also helped start the Bengaluru chapter of Thunberg’s Fridays for Future climate movement.

Thunberg has also been a target for backlash over her show of solidarity with Indian farmers. After she expressed support for the protesters on Twitter, crowds gathered in Delhi to wave banners that stated they would not tolerate “international interference,” while burning effigies of Thunberg and photos of both Thunberg and singer-actor-CEO Rihanna, who had shared a link on Twitter to a CNN article about the farming protests. Rihanna’s tweet sparked backlash from Indian news channels and members of the public; one Bollywood star branded the singer a “porn star,” while online trolls praised singer Chris Brown for assaulting her in 2009, per BBC.

Ravi was not the first activist arrested for standing in solidarity with Indian farmers. BBC reported that 25-year-old Punjab labor rights activist Nodeep Kaur was arrested on January 12 and imprisoned for participating in a farmers’ protest outside of a factory on the outskirts of Delhi. Kaur’s imprisonment—and the sexual assault and torture she allegedly faced in police custody—sparked global outrage.

“This isn’t just about agricultural policy,” Meena Harris—lawyer, author, and Vice President Kamala Harris’ niece—wrote on Twitter in response to Kaur’s imprisonment. “It’s also about the persecution of a vocal religious minority. It’s police violence, militant nationalism, and attacks on labor rights. It’s global authoritarianism. Don’t tell me to stay out of your affairs. These are all of our issues.”

If spreading awareness of the Indian farming protests is a crime, then Indian police are also, by their own standards, guilty. Their arrests of young activists have only brought more global attention to the issues with the new farming laws, and to larger issues with the Indian government.

Top Image by Photo by Sreehari Devadas on Unsplash.

Meet The Next Generation Of Superstar Activists: Exclusive BUST Interviews

Did You Catch The Greta Thunberg Shout Out On The New "This Is The Kit" Album?