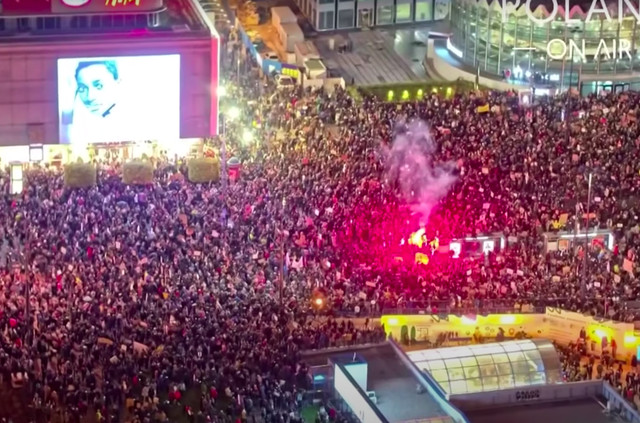 Poland has outlawed nearly all abortions in spite of the massive pro-choice protests that have been raging since the decision was made last October. This has been the largest demonstration in Poland since the fall of communism in the late 80s.

The announcement was made suddenly on Wednesday. A person may only get an abortion if their life and health is threatened or if a person becomes pregnant following rape or incest. In instances where the fetus has severe medical abnormalities — basically, the only kind of abortion allowed in Poland prior to the new legislature — termination of the pregnancy is no longer an option.

The New York Times reported that Marta Lempart, a protest organizer, told the television station TVN24 “We are dealing with incompetence, corruption, a total decay of the state, so these men are doing what they know best — taking away rights and freedoms from the citizens. This is about women, but also about all other minorities and majorities that Law and Justice hates.”

Many leaders are calling this move by the Law and Justice party unconstitutional. Rafal Trzaskowski, the mayor of Warsaw, said “It’s not only women whom you’re bringing to the streets, it’s the whole nation that has had enough.”

Thousands gathered despite fears of COVID-19 and the freezing cold to advocate for themselves and the right to their own bodies. Chants of “I think, I feel, I decide!” and “Freedom of choice instead of terror!” echoed through Warsaw and across the country.

According to CNN, a 23-year-old student and protestor named Cezary Jasiński said "This idiotic ruling will not prevent abortions," while standing outside of the Constitutional Tribunal building. According to a 2017 report by the Guttmacher Institute, botched abortions are responsible for about 30,000 maternal deaths each year.

The rise of conservatism in Poland and across the world may very well cause that number to increase exponentially in the coming years. Until then, we must continue to advocate for the right to our bodies and stand with those whose access has been denied by the cruelty of their government.

The Handmaid's Tale Isn't America's Reality—But It Could Be

Tags: Abortion ban , women's rights , Poland protests
Support Feminist Media!
During these troubling political times, independent feminist media is more vital than ever. If our bold, uncensored reporting on women’s issues is important to you, please consider making a donation of $5, $25, $50, or whatever you can afford, to protect and sustain BUST.com.
Thanks so much—we can’t spell BUST without U.