Nikole Hannah-Jones on "The 1619 Project's" Genesis, Backlash And What's Next 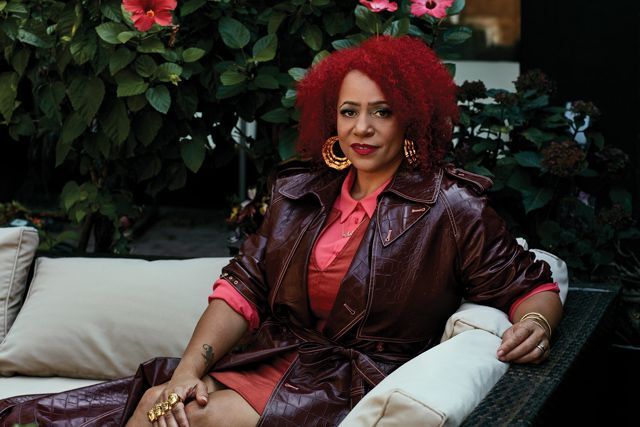 When Nikole Hannah-Jones first sat down to begin work on The 1619 Project, she probably didn’t anticipate the immense impact it would have. She likely didn’t expect that it would become the basis of a new educational curriculum. And she most certainly didn’t foresee that her work would elicit the seismic wrath of Trump and his right-wing cronies. In fact, the Pulitzer Prize winner and self-proclaimed “Beyoncé of Journalism” had a single, simple goal in mind when creating her historical collection of essays, poetry, and multimedia stories about the 400th anniversary of the year enslaved Africans set foot on Virginia soil. “I wanted people to know the year 1619,” she says. “Most Americans have no idea about this date. And because they don’t know that our history here is 400 years old, we don’t have a real ability to grasp how foundational slavery is to modern American life.”

On a windy September day in New York City, I catch up with Hannah-Jones over Zoom. Throughout our conversation, an elegantly framed photo of Toni Morrison stands out among the art on the wall behind Hannah-Jones’ chair. As we chat about her life, work, and passion for adorning herself in bright, bold colors (to go with her halo of crimson curls), I point out that it seems as if the late author and editor is peeking over her shoulder. Hannah-Jones grins and gives me a knowing nod. “That’s right. Every time I get interviewed, Toni’s always over my shoulder...right there.”

While Hannah-Jones had been pondering the idea of creating The 1619 Project for years, her game-changing brainchild emerged after a debate on Twitter. In a 2019 speech at Harvard, Hannah-Jones recounted an interaction where someone had tweeted, “Slavery was a long time ago. Why don’t you get over it?” The Twitter argument that ensued led to her realization that while the Mayflower is a household name, most Ameri-cans remained ignorant about the White Lion—the first British ship to bring enslaved Africans to Virginia in 1619.

Ignited by the upcoming 400-year anniversary of this event, Hannah-Jones pitched her editor at The New York Times Magazine. What resulted was a groundbreaking work with a comprehensive focus on slavery’s impact on shaping the nation’s institutions, economics, and culture, thereby challenging sanitized narratives about the origins of racism, classism, and gender inequity in America. It was published as a special, 100-page edition of The New York Times Magazine on August 14, 2019, along with dedicated sections in the newspaper, and a multi-episode podcast, earning its author accolades and awards from all across the globe. In her Pulitzer Prize for Commentary-winning introductory essay, she declares, “Black Americans have been, and continue to be, foundational to the idea of American freedom. More than any other group in this country’s history...[it] is we who have been the perfecters of this democracy.”

A Waterloo, IA, native, Hannah-Jones describes herself as a “child produced by the hopes of both the Great Migration and those who migrated from foreign shores.” Her father’s African American family traversed the country from Mississippi to the Midwest, and her mother descended from Czech and English migrants. As a high-school student, Hannah-Jones became passionate about journalism when she began writing for her school newspaper about her experiences with busing as part of a desegregation program. She went on to study African American studies and history at Notre Dame, and later, journalism at the University of North Carolina at Chapel Hill. In 2011, Hannah-Jones began writing at ProPublica, where she dove into investigative reporting about race and the Fair Housing Act. Today, Hannah-Jones is a reporter for The New York Times, where she continues to write about, surface, and examine racial injustice in U.S. institutions and systems. 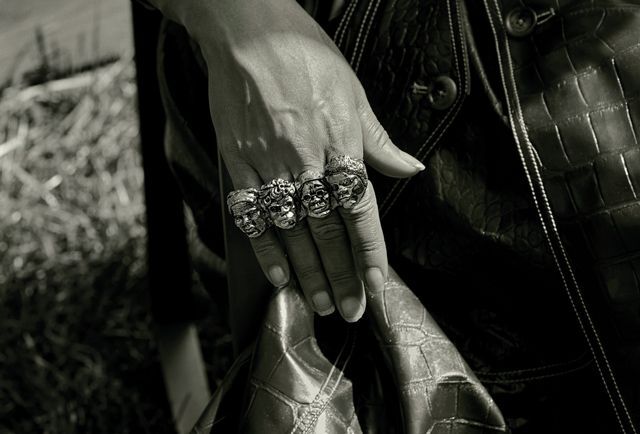 So it was particularly significant when, in early May this year, Hannah-Jones earned her Pulitzer at the same time that the late Ida B. Wells was awarded hers, nine decades after her death. “To have won it for something this Black, this unsettling, it’s beyond my wildest dreams. And to have won it on the same day that they gave it posthumously to Ida B. Wells—I couldn’t have written that in a script,” she acknowledges. “I cried like a baby. It just was—all of these emotions, knowing that Ida B. Wells set the path for my work, and for me to do the work that I do. And she wasn’t recognized. She was castigated for the work that she did. I have a big platform. I haven’t had to go through those struggles, because she laid that groundwork.”

When we speak about this storied occasion, Hannah-Jones draws parallels between the barriers Black women in media experience today, and the shared experiences of the women who opened doors for the next generation. “Of course, when Toni Morrison won the Nobel Prize, there was this whole campaign saying the Nobel was no longer as prestigious as it had been, because they gave it to a woman who had the nerve to write about Black people the way that she did. And of course, there have been similar things said about me and the Pulitzer that I won from conservatives, who are now saying, ‘Oh, the Pulitzer’s not worth anything anymore,’” she asserts.

In line with a pattern of efforts by the Trump administration to undermine the progress of racial justice initiatives in the aftermath of Charlottesville and Black Lives Matter protests worldwide, attempts to undermine the credibility of The 1619 Project included trying to penalize schools for adding the project’s Pulitzer Center-supported curriculum to their lesson plans and labeling the highly acclaimed research and content as “toxic,” and “ideologically poisonous” while announcing a new, White-House-approved “1776 Project” curriculum. “The Project being out has impacted me in ways both good and bad,” Hannah-Jones reflects. “I never produced anything that has been as important or become such a touchstone. But it has also led to a really sustained campaign against me to discredit the work. I get a level of scrutiny, particularly from conservatives and conservative media, that I never had before. Threats.”

She goes on to illustrate how the vitriol aimed at the Project and herself serves to verify the point she set out to achieve in the first place. “I think all you have to do is look at what has happened in the country since March,” she says. “The people who tried to argue, ‘We’re past that. Slavery is not something that we’re still grappling with’—we all witnessed the lynching of a Black man on national television in the year 2020. And, once again, Black people had to take to the streets and use our resistance in the election to try to save this democracy. That proves the entire thesis of the Project.”

Despite the obstacles and barriers inflamed by the Project’s opponents and detractors, Hannah-Jones is steadfast in her mission to amplify and expand access to it. “The support that I’ve received from The New York Times has not waivered, not once. They have always stood vocally behind me and the Project, even when sometimes I’m on Twitter showing my ass,” she says, chuckling. “[Having read] the autobiographies of heroines of journalism and civil rights activists, I know that people trying to take down Black women’s work is just par for the course in America. You have to have a thick skin.”

As we prepare to wrap up our conversation, I ask Hannah-Jones if she can give me the scoop on any forthcoming 1619 Project collaborations that will keep the momentum going into 2021 and beyond. With a triumphant smile, Hannah-Jones quips, “We are expanding into television and film, and Oprah Winfrey has signed on. There will also be books.” Indeed, a series of books based on the 1619 initiative will be published in 2021, and Hannah-Jones is currently working on another writing project, The Problem We All Live With, a book about “why integrated schools are the linchpin of our democracy.” “

As much as a small group of white professors and conservatives have tried to discredit the Project, they’ve failed at that. They can’t stop the phenomenon,” Hannah-Jones adds, before we say goodbye. “And for every new project—The 1620 Project, The 1776 Project—that tries to come out to ride on the coattails of The 1619 Project, it just speaks to the power of what we have done, and what we continue to do.”

Jane Fonda: A Rebel With a Cause. Exclusive BUST Interview