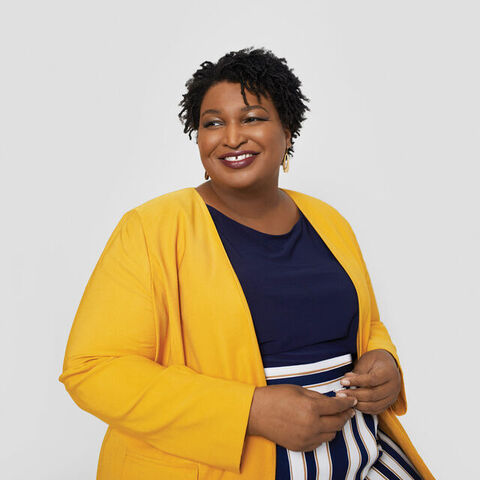 Back in our fall 2020 issue, Stacey Abrams said that everything would be ok. “Things are changing,” she said. “Trust me.” Now, with Rev. Raphael Warnock—Georgia’s first Black senator—declared the winner over Kelly Loeffler, while Jon Ossof maintains a slim lead over David Perdue, Americans can rest assured that Abrams has made good on her promise.

After her gubernatorial loss in 2018 to Brian Kemp, Abrams made it her mission to mobilize Georgia voters of color and fight voter suppression through her various organizations, including the New Georgia Project, Fair Fight, Fair Count, and the Southern Economic Advancement Project. With over half a million people registered, Abrams has largely been credited with Georgia’s blue flip in the 2020 presidential election and that momentum has continued on to the Senate races.

Abrams took to Twitter earlier to celebrate the latest victory, thanking the many volunteers and members of Fair Fight for the outcome of the races.

With new votes joining the tally, we are on a strong path. But even while we wait for more, let’s celebrate the extraordinary organizers, volunteers, canvassers & tireless groups that haven’t stopped going since Nov. Across our state, we roared. A few miles to go...but well done!

#StaceyMyHero, I was heartbroken two years ago when you lost your governors race in my state. Especially with the GOP corruption. I had no idea then that you were being prepped for an even more important job. You couldn't be gov now, bc you had to save the country. Thank you.

#StaceyAbrams needs to have a parade in her honor after this. Marching bands, Thanksgiving Day Parade floats, Beyonce and them recreating the Black Panther Super Bowl performance in her honor. She deserves a full celebration pic.twitter.com/tXj3vbQRtQ

You are a powerhouse! "Thank you" will never be enough for all that you have done for #Georgia & the nation! ❤ I've never been so inspired by any other woman in politics 🇺🇸 We can begin to repay you by continuing to vote, organize, and demand systemic change!✊🏽 #StaceyAbrams pic.twitter.com/QDtjh1I8Ay

We can't thank you enough, Stacey.