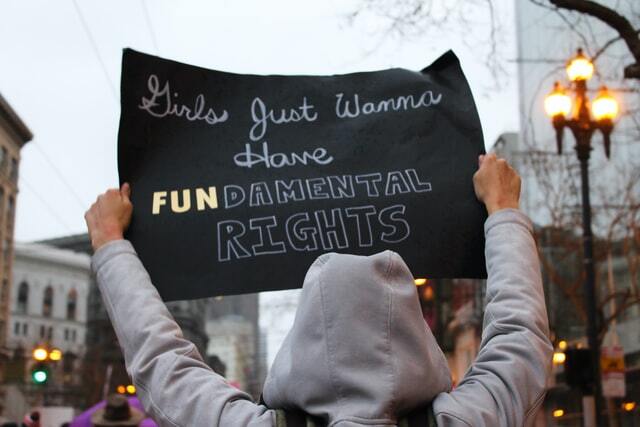 Earlier this week, abortion rights were on the ballot in Louisiana and Colorado. In Louisiana, voters passed an amendment to the state constitution adding clarifying language that the state does not offer protection for abortion rights or funding. If the Supreme Court overturns Roe v. Wade, abortion policy will be left up to the states. Louisiana already has "trigger laws" in place, meaning that abortion would automatically become illegal in the state if Roe falls. But adding insult to injury, this new amendment  would make it even more difficult for lawyers to challenge an abortion ban.

The amendment added the following to the Louisiana Declaration of Rights: "To protect human life, nothing in this constitution shall be construed to secure or protect a right to abortion or require the funding of abortion." The Associated Press states that Louisiana's Amendment 1 was approved by a majority of 62.1% to 37.9%. There are already only three abortion clinics left in the entirety of Louisiana, and this legislative action is positioned to make it even harder to obtain reproductive healthcare in the future if Roe is reversed.

According to the Guttmacher Institute, a research center that supports reproductive freedom, "A reversal of Roe could establish a legal path for states' pre-1973 abortion bans, as well as currently unenforced post-1973 bans, to take effect." There are now 21 states that use language in their constitutions that effectively restrict abortion in the scenario that Roe v. Wade is struck down.

Colorado voted in the opposite direction from Louisiana. According to CNN, voters rejected Proposition 115 by a 59% to 41% vote. This proposition would have banned abortion beginning at 22 weeks of pregnancy unless the pregnant person's life was in immediate danger. There would be no exceptions for rape or incest. Although the polls were close, abortion's legal protections in the state were sustained.

In Louisiana, however, reproductive rights saw a setback. Voters in the Bayou State approved a new state amendment, by a margin of 62-38%, that adds language to the state constitution effectively prohibiting the right to an abortion and/or right to funding for an abortion.

Colorado is unique because it is one of the only states with no gestational limits on abortion. However, it is important to note that only 1.2% of abortions occur at or after 21 weeks. The Guttmacher Institute points out that people seeking an abortion after 12 weeks of pregnancy typically experience more logistical delays than those who have abortions in the first trimester. These include locating a provider, raising funds for the procedure and transportation costs, and obtaining or confirming health insurance coverage. Not only is late-term abortion rare, but researchers in 2004 found that 58 percent of abortion patients reported that they would have preferred to have had their abortion earlier than they did.

Herein lies one of the most troubling illustrations of what a post-Roe America would look like: coastal and liberal states would maintain the right to choose, while people in the South and swaths of middle America would be left with no support. Research has found that 24% of women in the U.S. will have an abortion by the age of 45. That's roughly one-quarter of women in the country. With numbers like that, it's hard to sell the idea that abortion bans would stop abortions from happening. Equally important is the fact that the conditions for why people may need to have an abortion will still apply.

Tennessee, Alabama, West Virginia, and Louisiana all have similar language in their state constitutions that would make challenging an abortion ban incredibly difficult. Each state is one of the 10 most impoverished in the nation. The Guttmacher Institute has found that "some 75% of abortion patients in 2014 were poor (having an income below the federal poverty level of $15,730 for a family of two in 2014) or low-income (having an income of 100–199% of the federal poverty level)." In 2014, 10 percent of women traveled 50 to 100 miles, and 8 percent traveled more than 100 miles to reach an abortion clinic. This number would undoubtedly go up if Roe falls, but there are massive barriers to this kind of travel. Between needing to take time off work, gas or public transportation costs, and lodging, safe abortions simply will not be accessible to the most vulnerable populations.

While abortion rates are on the decline, especially as contraception has become more accessible, they are still an essential part of reproductive freedom. The Supreme Court is the most conservative it has been since the 1930s, putting the already uncertain future of Roe onto a tightrope. Like we have seen in America's recent history, banning abortion does not stop them from happening; it prevents them from being safe.

If you would like to help support reproductive freedom in Louisiana, you can donate to the New Orleans Abortion Fund here.

More From BUST:
Poland Bans Nearly All Abortions, Sparking Protests Across The Country