New Mexico Makes History, Electing All Women Of Color In Its House Delegation 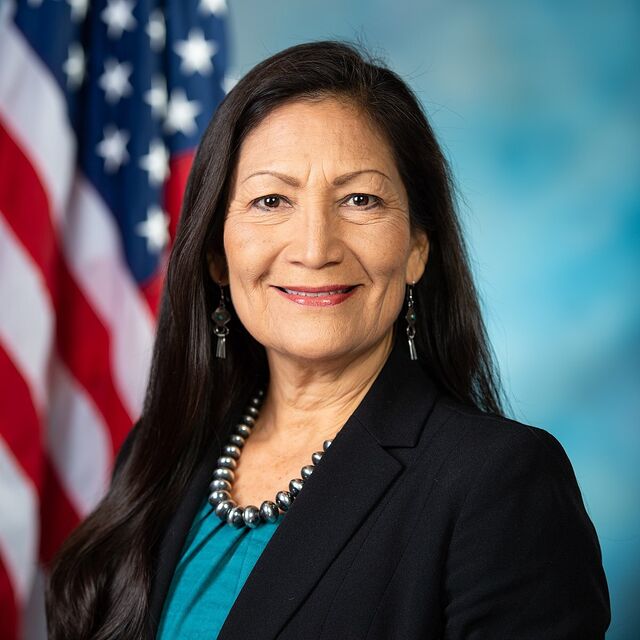 In 1990, Hawaii became the first to elect all women of color to Congress, but the state only has two congressional districts. To be fair, Delaware has technically also reached the same milestone, but with only one delegate. New Mexico's outcome proves that, even though we have a long way to go, we're making strides in building a Congress that best represents the people of America.

In 2018, Haaland became one of the first Native American women elected to Congress. During her time in the House, much of Haaland’s work has addressed climate change, including her 30-by-30 resolution which hopes to conserve 30% of U.S. lands and oceans by 2030. Now, Haaland is planning to also address the COVID-19 crisis, as it has disproportionately affected Native communities. In an interview with Vogue Magazine, Haaland says, “There’s a lot of work that’s yet to be done before this term ends. I will be continuing a lot of work that I started into the 117th Congress. If we didn’t get legislations passed, we’ll need to start all over again, so we’ll be busy reintroducing bills and so forth.”

Tonight the people of New Mexico have chosen hope over fear, love over hate, community over division, and I am so honored that New Mexican’s have chosen me to serve in our nation’s 117th Congress. We have made tremendous progress over the past two years and the potential to enact historic change is right in front of us. Tonight I recommit to fighting for legislation that will guide our nation forward in the areas of climate change, education, racial equality, healthcare and economic justice. Thank you New Mexico!

Leger Fernandez, the first women to serve New Mexico’s 3rd district since 1983, will continue to direct her efforts towards health care equity, educational support, and climate change. “When I talk about the need to have better rural health care,” Leger Fernandez told the The Daily Times, “I come to that question and I come to that demand because I have been working on building health clinics in rural areas for two decades.” And as for COVID-19, she said, “We need to be honest about the problem — that we are not adequately funding infrastructure and health care in Indian Country or for our most impacted communities and we need to address it.” During her term, Leger Fernandez will be co-sponsoring the Energy Economy Act, which works to divest from fossil fuels by investing more into communities that are dependent on them.

The people of New Mexico have chosen to protect what we love - our democracy, our planet, our families and communities, our health care and our future. With this victory, I promise you I will take the courageous action that this historic moment demands. Muchísimas gracias! pic.twitter.com/KtoxfLTYsc