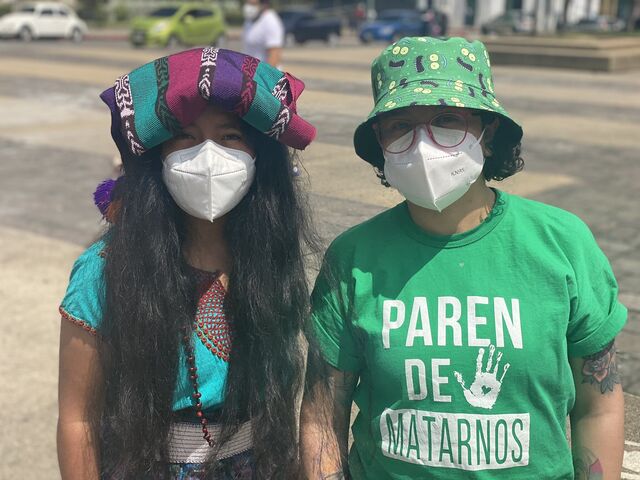 More than 200 Guatemalan women and girls were killed in the first eight months of this year alone. Since 2015, more than 3,000 women and girls have been killed in Guatemala according to human rights groups like Amnesty International and the United Nations.

Guatemala, Honduras, and El Salvador, which share borders, all rank in the top five globally for their rates of femicide.

In Guatemala, crimes against women go unpunished in more than 83% of reported cases. Most of the cases of femicide this year remain unsolved and Guatemalan women endure some of the highest rates of interfamilial violence in the world.

The recent murder of a university student sparked women-led protests against gender violence and femicides last weekend all across Guatemala.

Litzy Amelia Cordon, 20, was abducted last Monday and her body was found the next day in Teculutan, a small town outside of the capital. Pre-K teacher Laura Daniela Hernandez, 22, was also murdered there the week before. Both cases remain unsolved.

On Wednesday in Teculutan, hundreds of women of all ages marched for justice. Around the country, in seven major cities, thousands of women organized protests that continued over the weekend.

The memory of these fallen girls was honored around Guatemala last weekend with performances of, “Cancion sin miedo” (Fearless Song). The song, made by Mexican singer-songwriter Vivir Quintana, was composed earlier this year and has transcended borders to become a feminist call for justice for all femicide victims.

“For all the girls who were burned, for all the women shouting in the plaza, for all the mothers searching without peace, we sing without fear, we call for justice,” women sang in Guatemala City.

“The right to life is a human right. I think this new generation can make change, and that through speaking out and expressing ourselves we can make a difference.” 22-year-old medical student, Maria Fernandez told Al Jazeera. Fernandez attended the protest because she wanted to promote social change.

This is not the first femicide protest this year. Countries like South Africa, Chile and Turkey are taking a stand against increasing femicide rates. In fact, the UN reported earlier this year that COVID quarantine led to an increase in domestic violence rates worldwide.

Header image of protesters courtesy of RICIG via Twitter.

Tags: Guatemala , femicide , death of women and girls , covid , 2020
Support Feminist Media!
During these troubling political times, independent feminist media is more vital than ever. If our bold, uncensored reporting on women’s issues is important to you, please consider making a donation of $5, $25, $50, or whatever you can afford, to protect and sustain BUST.com.
Thanks so much—we can’t spell BUST without U.