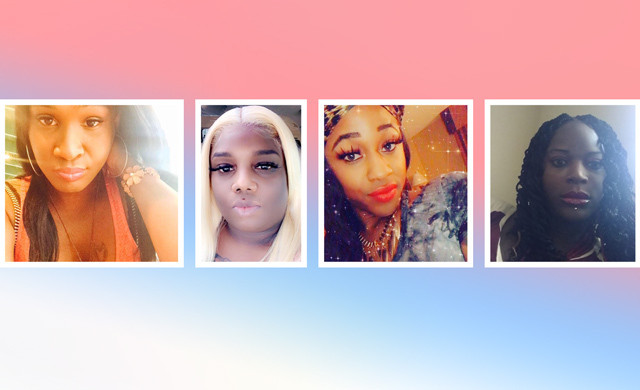 “Trans people are not new. We have always been here. As long as there’s been recorded human history, we have always existed. But we have been written out of the human story…” said Imara Jones for TIME earlier this year. The repercussions of being written out of the human story have never been more apparent as people’s lack of understanding too often turns into inconsolable violence. According to the Human Rights Campaign (HRC), the number of transgender or gender non-conforming people killed so far this year has now surpassed the total number of deaths that HRC reported in all of 2019. So far, in 2020, at least 31 transgender or gender non-conforming people have been violently killed in the United States. Most recently reported was the death of 33-year-old Felycya Harris in Georgia on October 6.

Harris’s murder was only days after Michelle Michellyn Ramos Vargas, a trans woman who was studying to become a nurse at Ponce Paramedical College, was found dead with multiple fatal gunshot wounds on September 30. Like Vargas, Harris was making a life for herself as an interior decorator and ran her own business. HRC reports, “She enjoyed lending her eye to improve the surroundings of others, and made others feel comfortable in their own space.” This is the third known murder of a transgender person just in her area. It is always a tragedy when someone takes a life, and this case feels especially heavy as Harris was a woman whose job was to make people feel comfortable in the spaces where they lived.

Trans people deserve to have hope and trust in our government, not worry that our very lives are at risk due to policies coming straight from the White House. Let’s vote for a pro-equality ticket that will fight for trans rights every day. https://t.co/JHpdNprLzO pic.twitter.com/IrsSiX6bTH

It is well documented that trans women of color face the highest levels of violence. The New York Times points out, “Black transgender women are killed so often that the American Medical Association has declared it an epidemic.” Just in the last two months, Mia Green was killed in Philadelphia only two days before Vargas, Aerrion Burnett was killed in Missouri on September 19, and Kee Sam was killed in Lousiana on August 12. All of these women were Black, and there are undoubtedly many more trans people who suffer similarly horrific deaths that go unreported.

The Human Rights Campaign highlights that a mix of racism, sexism, homophobia, biphobia, and transphobia deprive trans people of employment, housing, healthcare, and other necessities, and unfairly, this can be deadly. Not only are transgender and gender non-conforming people living at the intersection of multiple marginalized identities, but they also face patterns of injustice and lack of accountability from those who inflict violence against them. A prominent reason as to why these cases often go unreported or misreported is due to misgendering. This issue is often aided by inaccurate and unaccepting police reports, legal documents, family and friends, and media. The HRC estimates that three-quarters of all known victims have been misgendered by the media or law enforcement.

"As long as my people don't have their rights across America, there's no reason for celebration." - Marsha P. Johnson. Today would have been Marsha’s 75th birthday. 💕

Each state has varying laws that address hate crimes based on sexual orientation and gender identity, and this year we have seen a record amount of anti-trans bills go through state legislatures. A study highlighted by the National Alliance to End Homelessness found that, “Transgender and gender non-conforming people face injustice at every turn: in childhood homes, in school systems that promise to shelter and educate, in harsh and exclusionary workplaces, at the grocery store, the hotel front desk, in doctors’ offices and emergency rooms, before judges and at the hands of landlords, police officers, health care workers, and other service providers.” The key to preserving transgender people’s lives begins here. It is imperative that our laws do what they are meant to do: protect constituents, rather than set up barriers and unequal access to necessities.

“We cannot achieve full equality if members of the trans community live with the fear that to live their best life, they must risk losing their life,” said Robin Chad in a statement about Harris’s death. There needs to be a shift in how we deal with this epidemic, and it starts by addressing the injustices transgender and non-binary people face while they are alive.