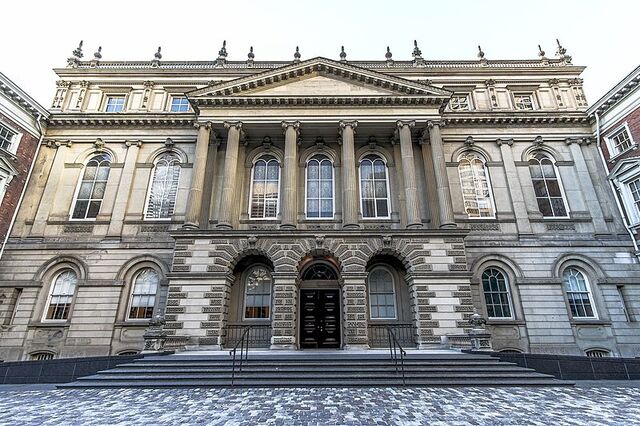 In the case of six Indigenous women from the Pikangikum First Nation in Canada who pleaded guilty to impaired driving offences, Ontario Court Justice David Gibson is calling to challenge the minimum sentences and penalties under federal law.

Federal law in Canada rules that repeated impaired driving offenders must face a mandatory minimum jail term of 90 days. The sentence may be served intermittently on weekends to allow the offender to maintain their employment, education, or familial responsibilities. As the six Indigenous women are all mothers, five of which are responsible for the care of up to nine children, the option for an intermittent sentence applies.

For those living on the remote reserve of Pikangikum, the closest provincial correctional facility is the Kenora District Jail, over 125 miles away. The roads from Pikangikum to Kenora are not even accessible for most of the year, a barrier that would prevent the women from returning home to their families after the weekend. The solution, instead, would be a 90 day imprisonment without the privilege of an intermittent sentence. Subjecting the six women to the same federal penalties, despite these barriers, is a complete disregard of the inequalities faced by Indigenous communities.

In his ruling, Justice Gibson expressed concern about the impact on the community if mothers are being separated from their children, that it would “exacerbate existing problems in this vulnerable and destabilized First Nation.”

The state of the Pikangikum First Nation shows a major mental health crisis. A report by Maclean’s in 2012 ascribed “suicide capital of the world” to the reserve. Their population in 2011 was at approximately 2,400 and a suicide rate equivalent to 250 per 100,000 people—this was roughly twenty times the rate of the entire country at the time.

In 2017, the Ontario Human Rights Commission and the Ontario Public Service Employees Union (OPSEU) began work on a report calling on the Ontario government to address the inhumane conditions in the province’s correctional facilities. They visited ten correctional facilities, including the Kenora District Jail. The report describes overcrowded cells and triple bunking; a lack of physical healthcare, mental heath support, and addiction treatment; and extensive orders of solitary confinement throughout the Ontario prison system. Ninety percent of the inmates in Kenora were Indigenous, as of 2017.

The report states that in a single year, 23,600 inmates were put under solitary confinement with over 4,000 of the inmates under confinement for over 15 days. Many of these inmates had a “mental health alert” on their file which was ignored. Adam Capay, a Lac Seul First Nation man charged with first degree murder, was held in solitary confinement for over 1,560 days at the Thunder Bay Correctional Centre. Prior to this, the longest that an inmate had been in solitary confinement was 939 days. The United Nations Mandela Rules outlines that no prisoner should be confined to a cell for 22 hours a day without meaningful human contact and prohibits inmates from being held for more than 15 consecutive days. Since the report conducted by the Ontario Human Rights Commission and the OPSEU, the conditions of the Kenora District Jail have worsened with increasing cases of fentanyl overdoses.

To subject the six women to such conditions could cause irreparable harm to their communities.

“When one considers the impact such brutalizing experiences must have on inmates and what they must carry home with them to their First Nations, it is very hard not to notice the grotesque similarities between these kinds of ‘correctional institutions’ and residential schools that have caused such lasting damage to Indigenous communities,” writes Justice Gibson.

For those unfamiliar with Canada’s deep history of racism and cultural genocide, the residential school system operated between the 1870s and the late 1990s, with the last residential school closing in 1996. The Canadian government ran the schools under the Department of Indian Affairs with a policy of “aggressive assimilation.” Indigenous children were taken away from their families and forced to adopt Christianity and “Canadian” customs. This was cultural genocide, a system that set out to abolish Indigenous traditions and called it an “education.”

Within these schools, children faced the brutality of physical, emotional, and sexual abuse. At most schools, attendance was mandatory for ten months of the year; at others, children were required to stay all year. Many children had no way of contacting their families. If permitted to write home, they were forced to write in English, which not all Indigenous parents were able to read. There is no complete record of how many deaths occurred at the schools, but it is estimated to range from 3,200 to upwards of 6,000. The impact of the residential school system on these Indigenous communities is irreversible. Canada’s mistreatment of Indigenous peoples has resulted in longterm issues such as substance abuse, mental illness, and generational trauma.

With the country’s history in mind, Justice Gibson’s comparison of prisons to residential schools is not out of line.

The sentence for the six women has yet to be decided. The ruling will hopefully set a precedent for Canada’s justice system to recognize the enduring destruction of imprisonment on Indigenous communities.