We missed Bi-Visibility Day, so here are some biconic individuals that have been hetero-washed by history. Do you remember ever learning First Lady Eleanor Roosevelt was bisexual? I certainly don’t.

Before we move on to the list, to this day bi myths still pervade the heterosexual and LGBTQ+ community. These myths erase and harm bi-folks, so to set the tone, here’s a quote from The Bisexual Manifesto (1990) written by The Bay Area Bisexual Network:

“Monosexuality is a heterosexist dictate used to oppress homosexuals and to negate the validity of bisexuality. Bisexuality is a whole, fluid identity. Do not assume that bisexuality is binary or duogamous in nature: that we have “two” sides or that we must be involved simultaneously with both genders to be fulfilled human beings. In fact, don’t assume that there are only two genders. Do not mistake our fluidity for confusion, irresponsibility, or an inability to commit. Do not equate promiscuity, infidelity, or unsafe sexual behavior with bisexuality. Those are human traits that cross all sexual orientations.”

1. Virginia Woolf
Famous author Virginia Woolf had a relationship with fellow author Vita Sackville West. The relationship went on to inspire Woolf’s novel Orlando. Woolf’s work is littered with moments of casual bisexuality. In Mrs. Dalloway, the main character refers to a kiss she shared with another female character as one of the best moments of her life. In addition, Woolf’s husband Leonard Woolf was reportedly bisexual as well. 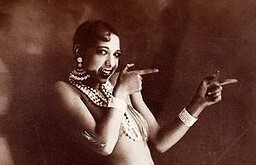 Josephine Baker the first Black woman to star in a major motion picture in Siren of the Tropics (1927). Baker was an American-born French entertainer, civil rights activist, and French Resistance agent. Baker had an affair with Mexican painter, Marxist, and fellow bisexual Frida Kahlo.

3. Eleanor Roosevelt
The First Lady of the United States, activist, and diplomat Eleanor Roosevelt had a close relationship with openly gay Associated Press reporter Lorena Hickok. The pair wrote love letters to each other almost daily. 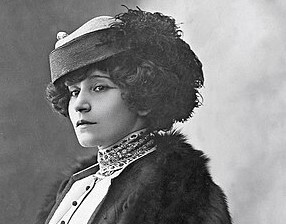 Colette was a French author, mime, actress, and journalist who was nominated for a Nobel Prize in Literature in 1948. Colette was most widely known for her 1944 novella, Gigi. In 2018, a biopic of Colette’s life was made starring Keira Knightly.

5. Greta Garbo
The silent film actress, the four-time Academy Award nominee, was notoriously private about her love life, but now it is known she had relationships with both men and women. After Garbo’s death, the estate of fellow Swedish-born actress Mimi Pollak released a number of letters between the two, one saying: “We cannot help our nature, as God has created it. But I have always thought you and I belong together”. 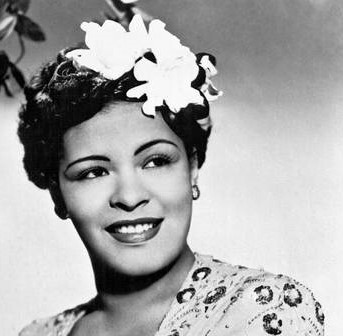 Billie Holiday was an iconic jazz vocalist in the 1930s who was known to be openly bisexual throughout her career. She was rumored to have affairs with Greta Garbo, Louise Crane, and Tallulah Bankhead. 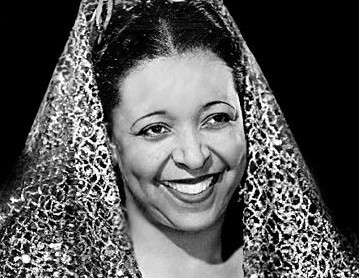 8. Edna St. Vincent Millay
American poet and Pulitzer Prize-winner, Edna St. Vincent Millay, was openly bisexual. According to a rumor shared on Bustle.com, Millay was confronted by a psychologist who she went to see for headaches about her repressed lesbianism. Millay supposedly responded to his concerns saying, “Oh, you mean I’m a homosexual! Of course, I am, and heterosexual, too, but what’s that got to do with my headache?”
Iconic. 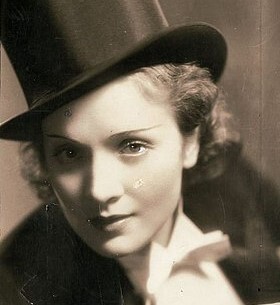 Marlene Dietrich is widely known for being the first woman to perform a lesbian kiss on screen in the 1930s film Morocco. Dietrich notoriously challenged gender assumptions in Hollywood and throughout her life. Dietrich also had a relationship with Mercedes de Acosta, a Cuban lesbian playwright.

10. Bessie Smith
Bessie Smith, also known as the “Empress of the Blues, was credited for making blues mainstream music in the 1920s. Smith was rumored to have an affair with the Mother of Blues, Ma Rainey, another notable bisexual blues performer. However, Smith’s affair with dancer Lillian Simpson was well-know. Smith’s song “The Boy in the Boat” reads, “When you see two women walking hand in hand, Just look’em over and try to understand: They’ll go to those parties Have the light down low Only those parties where women can go.”

Now that these Bisexual Icons of the past have been shared, continue celebrating Bi-Visibility by checking out the beautiful bisexuals who flooded our twitter feeds in August here on BUST. Writer Grace Weinberg said, “it’s hard to find representation that encompasses [the bisexual] community. With this hashtag, however, bi folks are resisting erasure and demonstrating the myriad forms in which bisexuality can exist.”