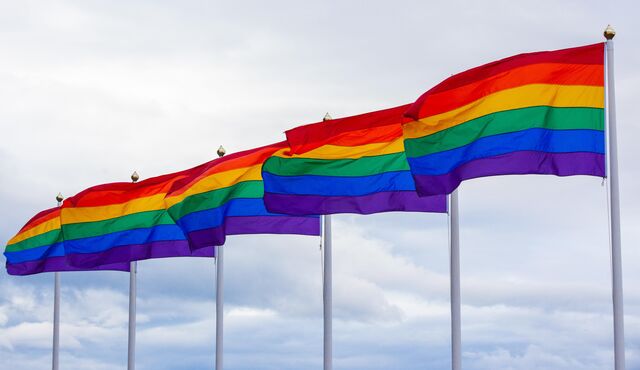 Although the last decade brought much-needed advancements in cultural acceptance for the LGBTQ community, much of the legislation in America and elsewhere has not kept up. Early last week, the U.K. announced that they would not go through with proposals that would make it easier for trans people to legally change their gender.

The Gender Recognition Act, or GRA, was developed under former Prime Minister, Theresa May and laid out the legal process a person must go through to change their gender on their birth certificate. This document change can be deeply important because, as TIME points out, it is used for things like marriage licenses and burial rights. But it goes further than that; it can be vital for those who are traveling, and for university and job applications.

At present, the GRA requires a medical diagnosis of gender dysphoria from two different doctors and proof that a person has lived as the gender they identify with for at least two years before they can change their birth certificate. Transgender people must also pay £140 (about $180) to apply for a gender recognition certificate. As described by many, these processes are overly invasive, complicated, and at this point, outdated.

For reforms, Stonewall, a LGBT+ rights charity in the United Kingdom, recommended ending the requirement to provide medical evidence to support your gender identity, introducing self-determination similar to countries like Ireland, Norway, Malta, legal recognition for non-binary people, and lowering the age to access gender recognition to 16. These suggestions were essential because the current standard is simply inaccessible to large swaths of the population. Only 12 percent of trans people in the U.K. have gone through the process, although 93 percent of those who haven't said they were interested in doing so.

After two years of the LGBTQ+ community and allies campaigning for simplified legislation, the final resolution was relatively minimal. The two main changes that will be made to the GRA are a lowered cost and electronic options for submission. The government has stated that they will also open at least three new gender clinics in 2020 to increase capacity and reduce waiting lists.

Vice News pointed out that these changes, or lack thereof, come at a time where "debates around trans rights have polarized the news." However, this is not entirely new. Rainbow Europe, an organization that provides insights into each European country's political and social developments for the LGBTQ+ community, ranked the U.K. first in its index five years ago. The index assessed how a country's laws affect how LGBTQ+ people's lives, meaning that just five years ago, the U.K. was seen as the most comfortable place in Europe for members of the LGBTQ+ community. However, the U.K.'s ranking has fallen significantly: to ninth place.

In Stonewall's response to the GRA Consultation, they state, "The current process also forces those who do go through it (the consultation) to conform to outdated stereotypes of what it is to be trans, and what it is to be a woman or a man." Following the U.K.'s statement, more than fifty LGBTQ+ organizations have created a campaign called #TogetherForTrans to build a network of organizations that will campaign for trans rights.

Although lower cost is a small step in the right direction, there is a long way to go for trans rights both in the U.K. and abroad. Despite resistance from certain feminist groups, research from The Guardian has found that the "fear" that individuals (especially young people) may be pressured to undertake medical transition, or that men will declare themselves female to invade women-only spaces, are unfounded and unsupported by substantial evidence. In other words, reforms on legislation surrounding trans identity, making things like receiving adequate healthcare more accessible and equal treatment the standard, do not affect cis people. Instead, it makes for a better quality of life for more people in our society, and that’s a good thing.