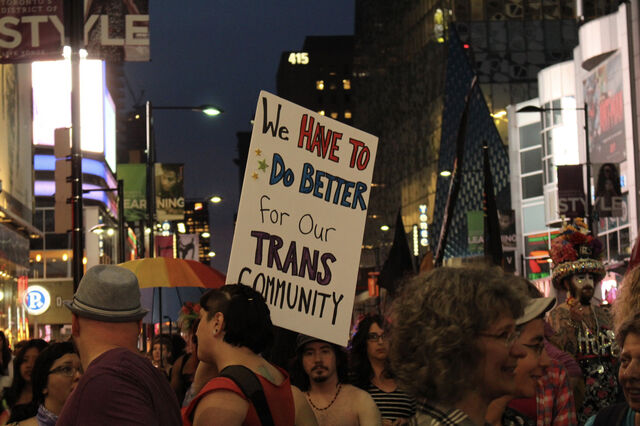 California Governor Gavin Newsom signed a bill on Saturday allowing transgender inmates to be placed in prisons based on their gender identity. Advocates say prisons are particularly dangerous for anyone who does not fulfill stereotypical gender roles, specifically members of the LGBTQ community.

The California Department of Corrections and Rehabilitation is now letting inmates house based on their gender identity rather than their assigned sex— but only if the state does not have “security concerns” with individual inmates.

The law requires officers to ask inmates in private if they identify as transgender, nonbinary or intersex, then, if they do, inmates can request to be placed in a facility that houses either men or women. When a request is denied, the state must provide a written statement to the inmate explaining the decision and give them an opportunity to object to the denial.

“California has some of the strongest pro-LGBTQ+ laws in the nation and with the bills signed today, our march toward equality takes an additional step forward,” Newsom said in a statement. “These new laws will help us better understand the impacts of COVID-19 on the LGBTQ+ community, establish a new fund to support our transgender sisters and brothers and advance inclusive and culturally competent efforts that uphold the dignity of all Californians, regardless of who you are or who you love.”

Just last year 27-year-old a trans woman of color, Layleen Polanco, was found dead in her cell in solitary confinement at Rikers. Although the cause of death is still unknown, it is certain that the staff at Rikers Island failed to provide medical attention that could have saved her life.

Her family will receive a $5.9 million dollar settlement but no criminal charges were filed. According to the family lawyer and NYC Law Department, this settlement is the highest in New York’s history regarding a death in jail.

Rhode Island, New York City and Massachusetts have similar laws involving transgender inmates. In 2018, the state of Connecticut also gave inmates the right to be housed in a facility relating to their gender identity.

Tags: California , trans rights , lgbtq , layleen polanco , rikers , prisons
Support Feminist Media!
During these troubling political times, independent feminist media is more vital than ever. If our bold, uncensored reporting on women’s issues is important to you, please consider making a donation of $5, $25, $50, or whatever you can afford, to protect and sustain BUST.com.
Thanks so much—we can’t spell BUST without U.