R.B.G. Will Be The First Woman To Lie in the State Capitol 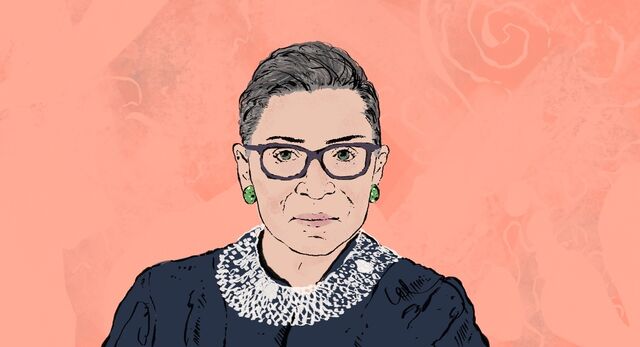 Pelosi announces that Justice Ginsburg will lie in state at the Capitol this Friday --> pic.twitter.com/dNJPh4YEHT

Ginsburg’s memorial marks a historic milestone for the country, as she is only the second female Justice to serve after Justice Sandra Day O’Connor, and the first to be memorialized on Capitol grounds. Already, groups of people have been gathering outside the Supreme Court to pay tribute to Ginsburg’s legacy.

But feelings surrounding Ginsburg’s passing continue to be mixed, as that the Supreme Court vacancy has jeopardized legislation such as Roe v. Wade and the Affordable Care Act.

As if 2020 couldn't get any more contentious, the fight is underway over the late Justice Ruth Bader Ginsburg's Supreme Court seat — just 43 days until Election Day, and as some Americans are casting votes already.https://t.co/pGO8RmVYun

Hopefully, the visibility of such risks will especially increase voter turnout and initiatives among young people, a demographic that holds exponential power when it comes to knocking Trump out of office.

Ginsburg’s ceremony will take place on Friday morning, and will be a private event because of the COVID-19 pandemic.

Story art: Gabriella Shery is an illustrator, graphic designer, and comic artist from Brooklyn, New York. You can find her work on Instagram @gabshery, or on her website at gabriellashery.com

The Women Behind The Polio Vaccine (And How, Hopefully, The COVID Vaccine Can Be Different)

Tags: RBG , Ruth Bader Ginsburg , SCOTUS , Elections , Donald Trump , elections , SCOTUS , RBG
Support Feminist Media!
During these troubling political times, independent feminist media is more vital than ever. If our bold, uncensored reporting on women’s issues is important to you, please consider making a donation of $5, $25, $50, or whatever you can afford, to protect and sustain BUST.com.
Thanks so much—we can’t spell BUST without U.