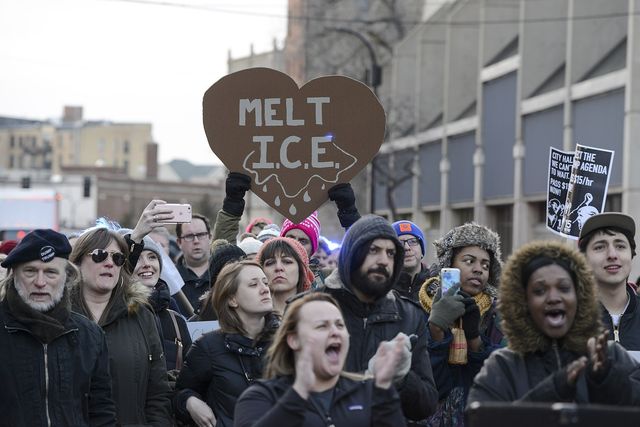 According to the Texas Tribune-ProPublica Investigative Unit, the Department of Homeland Security and Justice Department are investigating allegations that ICE guards assaulted and harassed detainees in areas that were not visible to security cameras. A crucial witness in this ongoing investigation was deported by the U.S. government this Monday.

The woman was held in the El Paso detention center f and told her lawyers about a pattern of harassment and abuse. Guards would systematically assault her and other detainees in security camera blind spots. Several guards forcibly kissed her and at least one touched her private parts. One guard told her, “he would help her be released” if she did as he said.

When she complained to a captain, she said he dismissed her claims and the one officer who had assaulted her briefly disappeared from her area of the detention center only to later return, becoming aggressive and intimidating.

“She has lived in constant panic that he may do something against her again,” her lawyers said.

More women have since come forward with similar stories of assault and harassment when the Department of Homeland Security’s Office of Inspector General launched an investigation into the accusations.

She was sent back to Mexico, to life-threatening circumstances, within hours. A cartel member sexually assaulted her and threatened her after she reported the attack. Now she fears repercussions from the cartel.

A lieutenant who was also accused by another woman was promoted shortly after being reported and at least one other woman was deported after a guard assaulted her. These allegations are just the latest instance of sexual abuse complaints related to ICE detention centers.

Header image of Minneapolis Against Trump protest courtesy of Wikicommons.

These Teen Councils Are Fighting For Inclusivity In The Art World