Denmark's New Law Against Sexual Violence Is A Huge Step 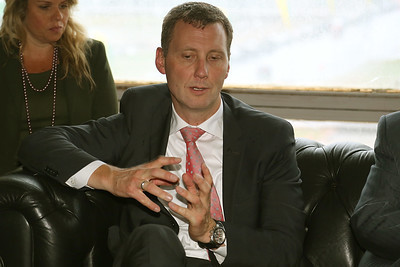 Last Wednesday, Denmark announced that sex without explicit consent can be prosecuted as rape. This modification to the country’s sexual violence laws “is one of the most important battles for gender equality in Denmark that has taken place for a very long time,” said Danish Justice Minister Nick Haekkerup.

According to News18, the new law prioritizes consent when it comes to the prosecution of rape, specifying that it “must be given voluntarily and as an expression of an individual’s free will through words or action.” The Danish Women’s Society also called the policy “a historic victory for legality and the right to make sexual decisions.” Previously, Denmark required that all rape victims must prove their struggle to fight off or defend themselves. Now, consent is the main focal point. A date for a formal vote has not been announced, but the new law will be adopted by the end of 2020.

?? The Danish government has announced plans to reform sexual violence laws to make #consent rather than #violence the basis for determining rape. https://t.co/zRWkR2tArl

Many countries such as Sweden, Germany, Belgium, and Britain have long established consent-based rape laws. And since Sweden’s 2018 decision to change the definition of rape to “all non-consensual acts of sex,” conviction cases have increased by 75 percent. Meanwhile, the U.S. continues to establish barriers for victims of rape, which has led to an abundance of dismissed, foreclosed, and unreported cases. The U.S. criminal justice system is filled with loopholes when it comes to prosecuting assault, with only 23% of cases being reported and less than 1% of cases leading to any repercussions.

Denmark is changing the law to recognise sex without consent is rape. Previously the victim had to prove they struggled and fought off the rapist. https://t.co/xy0PKkHxv8

In the U.S., states such as Pennsylvania, Idaho, and Georgia have yet to define consent at all. And continue to require proof by "threat of forcible compulsion." By adopting a consent-based rape law, survivors are less likely to feel silenced, and fewer perpetrators will walk free.

Anna Blus, a women’s rights researcher for Amnesty International, spoke on Denmark’s new policy, saying “Legislation reform has the potential to also influence mindset, so this commitment by the Danish government is a welcome step forward… We now look forward to seeing the text of the law and hearing how the authorities intend to challenge rape myths and negative gender stereotypes at all levels of society. This will require institutional and social change, as well as comprehensive sexuality and relationships education, including on sexual consent. We are confident that, led by survivors, Denmark can forge a new path which other countries in Europe will follow.”

"This will require institutional and social change, as well as comprehensive sexuality and relationships education, including on sexual consent." - Anna Blus

Parade Is Donating Over 1,000 Pairs Of Underwear To LGBTQ+ Centers