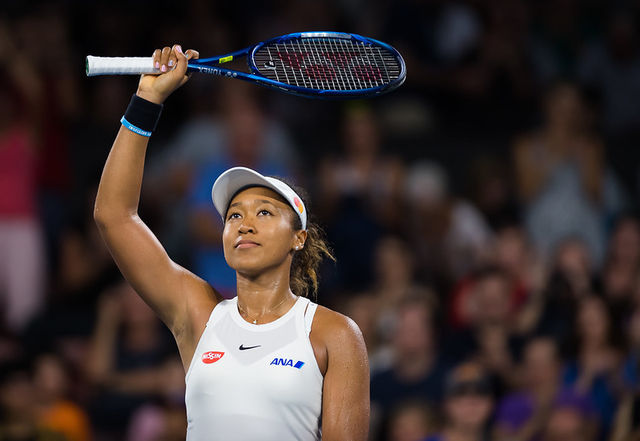 We have seen athletes protest racism, past, and present, but it feels special with two-time Grand Slam champion Naomi Osaka. Monday was the first day of the 2020 U.S. Open, and Osaka wore a cloth face mask that read Breonna Taylor, the name of the 26-year-old EMT who was shot eight times and killed by police in her home.

Osaka ascended into the public eye after becoming the first tennis player born in Japan to win a Grand Slam championship — against her childhood idol, Serena Williams. What should have been a celebratory moment was clouded by forces out of her control. The commentary around that match was an unknowable foreshadowing of her wildly successful career.

Born in Japan and raised in the United States, Osaka is the child of a Haitian father and a Japanese mother. Instead of solely being recognized for who she is, an outstanding athlete, she is forced to answer questions and assumptions about her identity. Yet, instead of giving in to the nonsense, she proudly claims who she is: a woman who is both Black and Japanese. What makes her recent protest so unique is what’s at stake for her: the denial of her identity.

Naomi Chan, I know what you must feel but I think it’s a totally separate issue. You can freely express your concern by all means but please don’t walk away from tennis court as you are professional tennis player we love.
⁦⁦⁦⁦@naomiosaka⁩ https://t.co/eFJX6FQPbG

The tennis player could choose to stay silent and fly under the radar but instead chooses to boldly take up the burden of defending herself and the dignity of Black people.

Last week, in solidarity with the athletes and teams who went on strike after Jacob Blake was shot eight times in the back by a police officer, she decided not to play in the Western & Southern Open semifinals. Osaka tweeted, “Hello, as many of you are aware, I was scheduled to play my semifinals match tomorrow. However, before I am an athlete, I am a Black woman. And as a Black woman, I feel as though there are much more important matters at hand that need immediate attention, rather than watching me play tennis.”

In an interview after winning her match on Monday, she stated that she has a different mask honoring victims of police violence for each day of the tournament. Osaka’s victory against Misaki Doi on Monday was impressive, but she’s directing the spotlight towards victims of police violence. “I feel like the more people know the story, then the more... interested they’ll become in it,” Osaka told reporters.