Stacey Abrams Warns Why Your Future Depends on the Census: BUST Interview 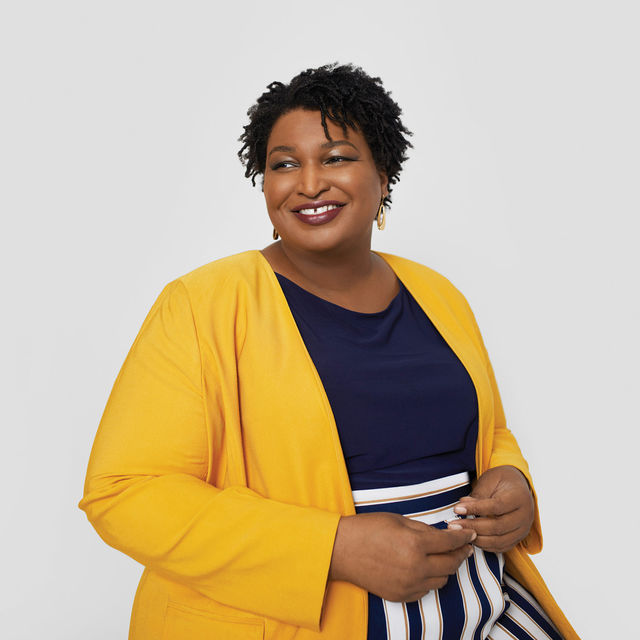 The 2020 Census deadline is September 30th. It's not too late! It's quick and easy! Complete the survey here.

You’ve been working very hard to encourage people to fill out the 2020 census. I don’t think I knew how important it was until I had seen interviews with you about it . You did an event recently with my friend America Ferrera [regarding the Census], and she said, “You need to come hear Stacey, she’s so incredible.” And I’m like, “I know, I harass Stacey all the time. I can’t leave her alone, I love her so much.” So I’d like you to talk not only about what the census is, but also what it means in relationship to voting.

Everything we want to see changed in a democracy begins with voting. Voting isn’t simply this act of going down and casting a ballot. It is a choice. We are choosing people to represent us. I think we sometimes gloss over what that word means but representation means you’re supposed to speak for me because they’re not going to ask me directly. They’re not going to poll me everytime they make a decision about how to spend the money that I pay in taxes. They’re not going to poll you everytime they decide where a road or a bridge is going to go. They’re not going to poll you and ask you, “Who do you like? Do you think people should go to prison for x amount of years for this and only y amount of years for that?” They don’t ever ask because we decided that there are too many of us and that the most efficient way to do this stuff is to pick someone to speak for us.

And so voting is about saying that this is someone I trust to tell my truth. And for young people in particular, that truth is not just about how they live their lives today, it’s about whether they have lives to live. And so the act of voting is critical and the census is the input, it is the money that gets spent, the 1.5 trillion dollars that gets spent on the things we need the most—on school lunches, on pell grants, on criminal justice reform, on environmental action, on mental healthcare—those spending decisions are based on the census. So when a politician sits down to allocate money, the money they get to allocate comes from how much money shows up because of where you are and who you are and what you need. And if the census doesn’t get completed, they can pretend they didn’t know. Even if they drive past your neighborhood, even if they send the police to your neighborhood, when it comes down to it, if it’s not written down, it’s not real. And the way we write it down is the census.

The other reality is, the people you get to choose from, so when you get to elect a representative, it’s not that you get to pick the best person; they cordon off, they draw, they pick teams. And the way they pick those teams are the political lines that are drawn. And so only from within that circle of people can you pick your person. Well if the circle that they draw excludes anybody who cares about you, you’re never going to be able to pick a person who helps you. That’s what the census also does. It’s how we get to have a fairer shot at picking someone who sees us. And so for young people in particular, the next decade of choices will affect the next thirty years of living. It’s whether we take action on climate change; it’s whether we reverse course and we have the Trump vision of police reform and of addressing police brutality or if we have the demonstrator’s version. All of those choices are being made based on this one document. Because what the census does is it tells us, it’s the roadmap for the next decade and you can’t change it. The census is a one time deal, it’s like the NBA draft.

Yeah, it’s like the draft; you get to do it once. You don’t get to come back and say, “Oops, I meant to go with number three.” Now, you can try to negotiate quietly and try to move things around, but the census, the document, once it’s done, it is done. If they miss you, it takes ten years for them to come back and pick you up.

Wow, see, that’s something I didn't even know. I just assumed it was once every year, kind of like voting.

Yeah. I mean, just think about it, if you’re missed at the age of eight, if they miss you as a third grader, you don’t get to talk about it again until you’re in college.

Stacey Abrams Offered Us The Hope We Needed Last Night

Tags: Stacey Abrams , Amber Tamblyn , census , vote , voting , America Ferrera , #getcounted , representation , politics
Support Feminist Media!
During these troubling political times, independent feminist media is more vital than ever. If our bold, uncensored reporting on women’s issues is important to you, please consider making a donation of $5, $25, $50, or whatever you can afford, to protect and sustain BUST.com.
Thanks so much—we can’t spell BUST without U.