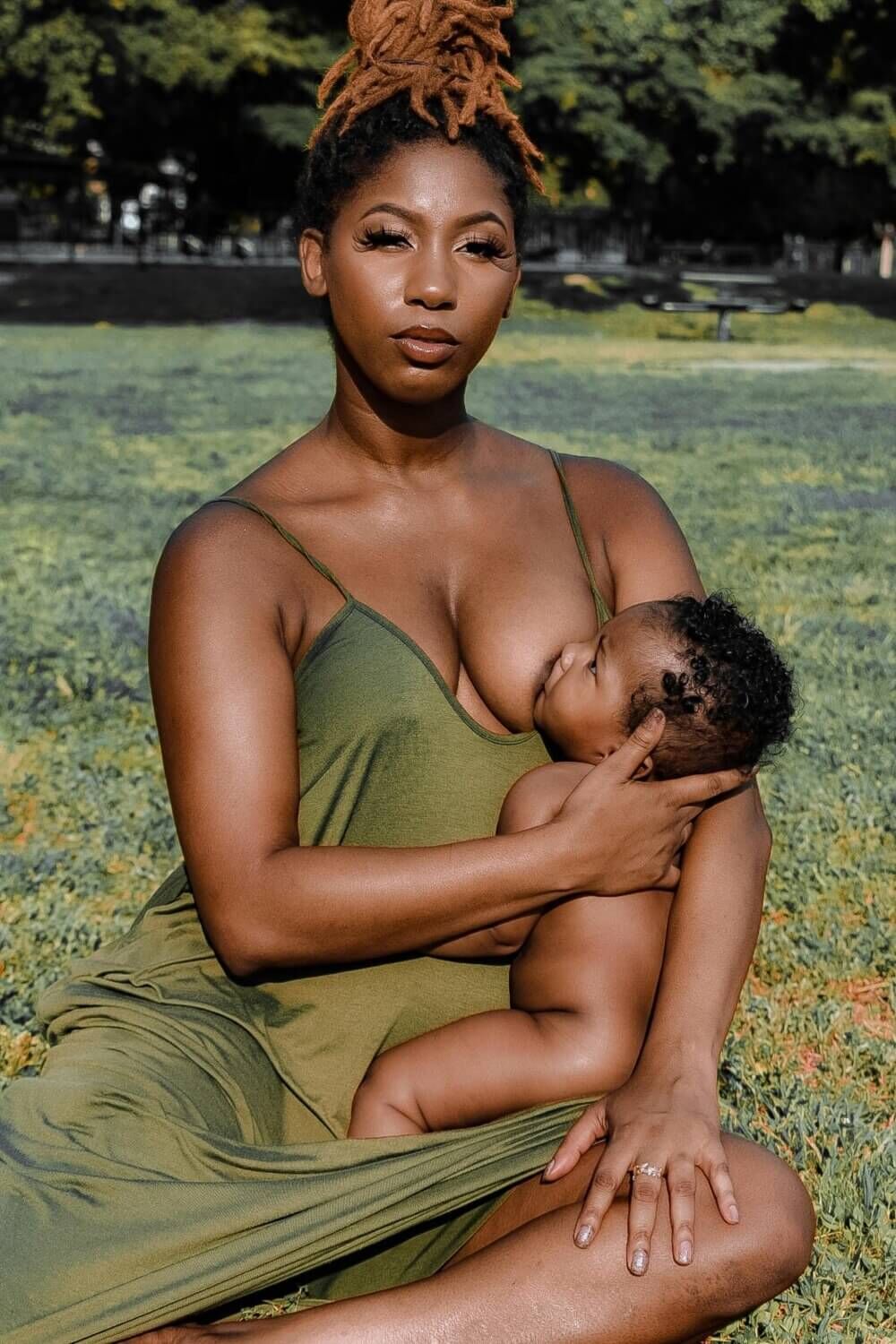 Breastfeeding is one of the best preventative natural medicines: it has the power to reduce the risk of respiratory infections, Type II diabetes, and asthma, and provides many other health benefits. However, not all women are able to do so: Black women are significantly less likely to breastfeed than any race. Data collated by the CDC demonstrates that compared to 75% of white women, only 58.9% of Black women breastfeed their children, and this has been the case for over 40 years. To illuminate the racial disparity in breastfeeding, Kimberly Seals Allers, Kiddada Green, and Anayah Sangodele-Ayoka co-created Black Women’s Breastfeeding Week. In recognizing this week, we’re hoping to look a little deeper into the purpose it serves. We know breastfeeding is important, but why do these disparities exist?

The history of breastfeeding inequities for Black women is grounded in slavery. In the 18th century, a practice known as ‘wet nursing’ became commonplace: enslaved women were forced to breastfeed the white children of slaveholders. This practice emerged out of white women’s desires to avoid the cultural stigmatization of breastfeeding, which at the time was considered “uncultured” and lowered one’s stature.

When an enslaved woman gave birth, she would immediately be assigned to a white mistress and forced to breastfeed the white woman’s child. Prohibited from breastfeeding their own children, Black women were forced to concoct inadequate substitutes to feed their babies. This led to a high Black infant mortality rate.

While the reasons behind it have evolved, the disproportionate mortality rate of Black babies has persisted to this day. Black babies die at twice the rate (and in some areas, nearly triple) of white babies. This is largely due to their being born too small, sick, or too soon: all of which point to a higher necessity for breast milk. Research demonstrates that increased breastfeeding among black women could decrease infant mortality rates by as much as 50%.

Discrimination against breastfeeding has not erased, either. The hyper-sexualization of women’s breasts has become so entrenched in society that women are routinely shamed for breastfeeding. In 2014, a video went viral that showed a college student breastfeeding her child because viewers were outraged that she dared show her breasts in public.

This discrimination falls disproportionately on Black women as well, who have a long history of being overly sexualized and degraded for being promiscuous. Not only does this foster a culture of hostility towards women who breastfeed, but it also negatively impacts the sexual health and rights of Black women.

And then, there’s work. Black women’s participation in the labor force is 60.2 percent higher than all other women, and are most likely to be the primary economic support for their families, with 70.7 percent of Black mothers as sole breadwinners. This results in a trend in which Black mothers are forced to return to work earlier after giving birth than other women. And, though there are laws in place to protect women’s right to breastfeed, Black women face barriers that inhibit them from breastfeeding. For example, according to data amassed by the ACLU, Black women are less likely to occupy jobs that have greater flexibility, economic stability, and better benefits (including paid family leave, which is associated with a longer continuation of breastfeeding).

The racial disparity that exists for Black women in breastfeeding comes from a long historical trend of discrimination against Black women’s bodies and persists to this day. To read more about the work that the organizers of Black Women’s Breastfeeding Week are doing, visit their website here.

How can you help to close the gap of racial disparity in breastfeeding?

Top photo: Gabriella Shery is an illustrator, graphic designer, and comic artist from Brooklyn, New York. You can find her work on Instagram at @gabshery, or on her website at gabriellashery.com