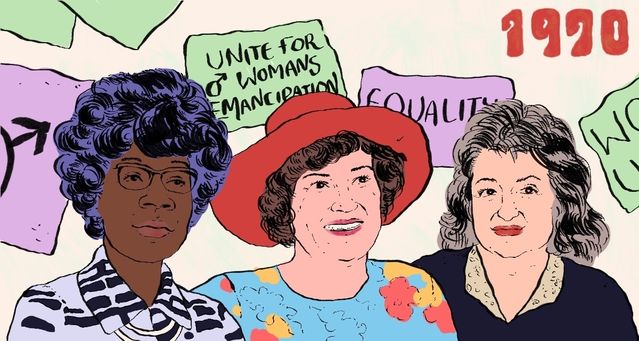 Last week, we celebrated 100 years of the 19th Amendment. Today, we celebrate Women’s Equality Day. Set in place by Congress and President Nixon on August 26, 1973, today marks the 47th anniversary of the official commemoration of the struggle for women’s suffrage and equal rights. Although the proclamation was made official in 1973, and has been issued every year by every president since, that is not where Women’s Equality Day began.

On August 26, 1970, 20,000 women marched down New York City’s Fifth Avenue from 59th Street to a rally in Bryant Park in what was then the largest protest on behalf of women’s rights in American history. In New York, Washington D.C., Boston, and across the nation at large, 50,000 women of all ages picketed with signs that read slogans like “Don’t Iron While The Strike is Hot,” “We Are the 51% Minority,” and “Hardhats For Soft Broads.” They held sit-ins at men’s restrooms, baby-ins at their offices where they brought their children into work to demonstrate the need for free childcare, broke coffee mugs in the streets, and threw “objects of oppression” like tampons and bras into “liberation trash cans.” It was called the Women’s Strike, and it was an event that is not only looked at as the very first Women’s Equality Day but the event that spearheaded the beginning of the second-wave feminist movement. 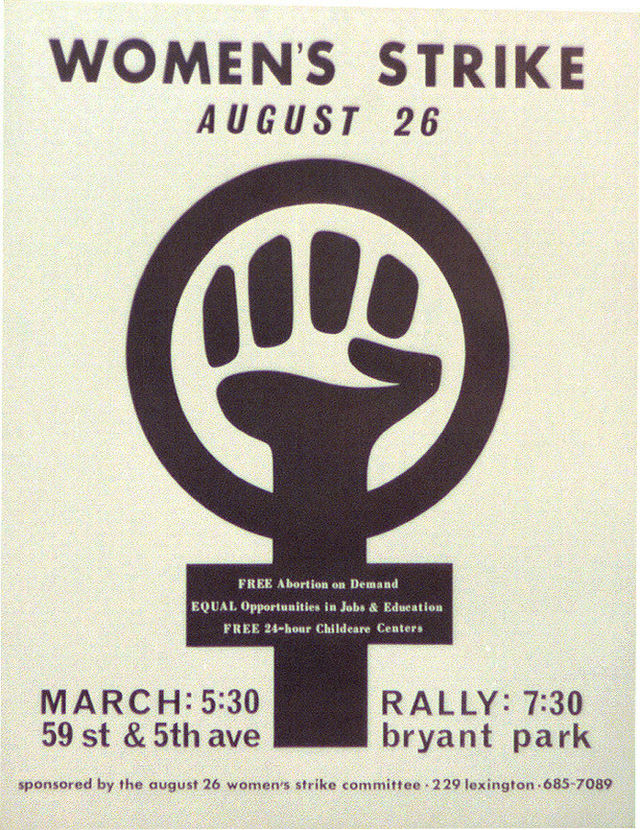 Sponsored by the National Organization for Women (NOW) and led by feminist activist and author of The Feminist Mystique, Betty Friedan, the Women’s Strike called for three things in particular: free access to abortion, equal opportunity in the workplace, and free childcare. At this moment in history, the fight for the ratification of the Equal Rights Amendment on behalf of feminists like Friedan, Bella Abzug, Shirley Chisholm, and Gloria Steinem was afoot, and the Women’s Strike of 1970 gave second-wave feminists the visibility they simply did not have before.

Of course, the strike was not without opposition. In fact, the city of New York even refused Friedan when she asked for access to hold the protest, but NOW persisted anyway. Somewhere between 10,000 and 20,000 women engulfed both lanes of traffic on Fifth Avenue, despite the NYPD’s efforts to restrict them. After the protest, media outlets and critiques referred to the feminist movement as an “infectious disease,” calling the activists a “band of braless bubbleheads.” Many argued that women were already liberated and focused on the anger the women protestors showcased rather than the actual message they were trying to get across. Needless to say, some of the choice words and phrases men used to critique the events still seem to be present in the "meninist" vocabulary today.

Following the events of August 26, 1970, Congresswoman Bella Abzug proposed a resolution to make August 26 Women’s Equality day in 1971, 1972, and 1973. In 1972, President Richard Nixon issued proclamation 4147, which made August 26 of that year “Women’s Rights Day.” It wasn’t until 1973, however, that Congress officially approved the proposed resolution by Rep. Abzug that would make August 26 of each year moving forward Women’s Equality Day. Since then, each president has managed to issue a proclamation on August 26 commemorating the ratification of the 19th amendment, the Women’s Strike, and the continued fight for women’s equality.

Although large-scale strikes mirroring the protest of 1970 are no longer held on this day, we are still seeing nods to Women's Equality Day across the country. Today, a statue of activists Susan B. Anthony, Sojourner Truth, and Elizabeth Cady Stanton was officially unveiled in Central Park, becoming the park's first-ever statue of real-life women.

2020 is also the 100th anniversary of the 19th Amendment, which gave white women the right to vote.

As the nation reels after yet another act of police brutality hit headlines this week with the shooting of Jacob Blake, and with what feels like the most crucial election in recent history looming over our heads, this Women's Equality Day feels like the perfect time to remind ourselves that the work is far from over. While celebrating the women who began the fight for equal rights, both those we learned about in history class and the women of color and queer folx who are all too often left out of the narrative, the fight for women's rights continues. Feminist activists of today are not only continuing the work that was started by second-wave feminists like Friedan and Abzug, but coming together in the name of intersectionality to fight for women's equality, reproductive rights, LGBTQ+, racial justice, and a number of other issues will ensure we are truly seeking equality for all women.