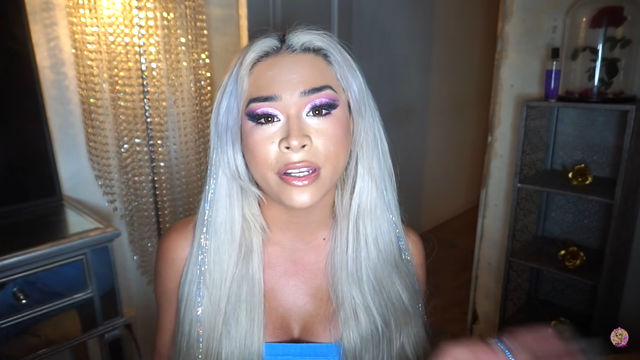 The three trans women were Eden Estrada, AKA Eden the Doll on YouTube, and her friends Joslyn Flawless and Jaslene Whiterose. On Monday night, they were waiting for an Uber to take them home when a man started to taunt them. Eden, Joslyn, and Jaslene were robbed, attacked, and jumped according to Eden The Doll’s Instagram stories. Along with this, transphobic slurs were hurled at them.

In an Instagram story highlight titled “HELP ?”, Estrada details the events and it has footage of what happened that night. Warning: the videos are disturbing to watch and have violence against trans women and transphobia. Please proceed with caution.

Estrada said that a man took her phone and while she was trying to get it back, his friends started throwing rocks at her and her friends. She also said that they were chased and the same man attempted to rob her again. Joslyn Flawless said that a man threatened to kill her with a crowbar and forced him to hold her hand while he looked for her friends, who he told her he would kill for being trans.

The scariest part about this was that there were multiple bystanders. And not one of them did a thing. In fact, some of them were the ones throwing the transphobic slurs towards the three trans women and many stood by and laughed as these women were getting attacked, according to Estrada. According to reports, multiple people followed the event on foot and in their cars, laughing.
The fact that no one helped them is a huge problem and points to the bigger problem we see in the world today. Transmisogyny and the epidemic of violence against trans women, particularly trans women of color. Just this year, we’ve seen the number of trans people murdered surpass the total of last year.

Since the event, there have has been an outcry on social media to get these women the justice that they deserve. We’ve seen multiple celebrities speak up about what happened to Estrada, Flawless, and Whiterose. Teen Wolf star Tyler Posey spoke out about the incident on his Instagram and admitted to being with trans women in the past and condemning the transphobic hate crime. We also saw Pose star Indya Moore speak out about the situation in multiple posts on Instagram.

WARNING: Explicit Language Monday night, three trans women were attacked, laughed and filmed at while it was happening. Right here in my home town. In Hollywood. We need to bring justice to them and find the people who filmed it and did nothing. If you know their names, please comment below so LAPD can find them

Reposted from @theshaderoom #Roommates, police are seeking the help of the public with locating a suspect that was allegedly involved in a hate crime against 3 transgender women in Hollywood. All 3 women sat with @ABC7LA to detail their horrific experience. According to the ladies, the suspect allegedly approached the women around 2:15AM on Monday with a metal crowbar and demanded that one of the women remove her shoes and bracelet. _______ According to police, witnesses said he then allegedly assaulted the second victim with a bottle, ultimately knocking her to the ground. All three women have come forward to seek help in identifying the suspect. ______ The scariest moment about the entire encounter is bystanders watched the crime unfold and pulled their phones out to capture everything while the women reportedly kept asking for help.The suspect is described to be a Black male, around 25-years-old, 6 feet tall and weighing about 180 lbs. If you know of any information, please contact LAPD’s Hollywood station. (?: @abc7la) -

The LAPD is investigating this as a hate crime. Two of the men who attacked Estrada, Flawless and Whiterose were arrested while one is still at large. Unfortunately, the LA County District Attorney’s Office has not filed any charges and sent back the case to the LAPD for further investigation. According to Estrada’s Instagram, the DA rejected their case “due to not enough evidence.” Estrada urged her supporters to call Dayan Mathai, the Assistant Head DA.

Court was scheduled for tomorrow 8:30am. They went ahead and did it today instead without notifying us. The District Attorney has officially REJECTED our case due to not enough evidence.... every file has been dropped and EVERYONE has been released from jail. THIS IS YOUR AMERICA. Our lives DO NOT MATTER to them. I’d like to thank everyone from the bottom of my heart for supporting and campaigning and loving my friends and I during the hardest week of our lives. I wish I had good news. I wish I could say all of this made a difference. I wish our sacrifice meant something. I don’t know what direction this will go but I know God is watching over us and he’s proud of us regardless. DAYAN MATHAI 213-257-2385 Assistant Head District Attorney

If you’re looking for other ways to help, there is a GoFundMe set up to help the women and there’s also a petition you can sign.

Transphobia and transmisogyny run rampant in the world right now and are huge problems. The epidemic of transmisogyny that trans women face is terrifying, and unlike COVID-19, there doesn’t seem to be hope for any vaccine. The best we can do is to protect trans women now. Before they become names we say in remembrance and grief. We need to do more to protect some of the most vulnerable in our society. Trans rights are human rights.

This Nonprofit Is Building Tiny Homes For Black Trans People