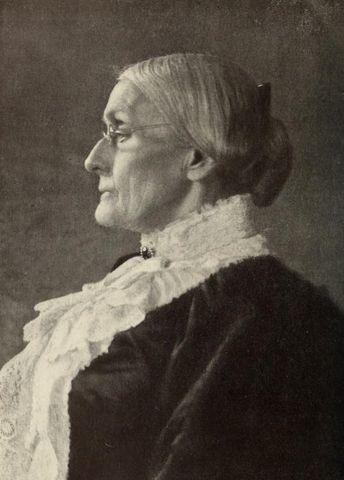 The 100-year anniversary of the Nineteenth Amendment becoming law was just the other day, meaning it’s been 100 years since women, namely white women, got the right to vote and the suffrage movement had its biggest victory. On Tuesday, President Trump announced he was going to pardon Susan B. Anthony, one of the most prominent suffrage activists. Trump asked what took so long to pardon her in a press conference.

Some historians think this is the wrong move. Some suggest that the reason Anthony was never pardoned was that she wouldn’t want to be pardoned. She was proud of her arrest and historians say that the pardon would undermine Anthony’s wishes. Anthony also felt like she did nothing wrong and did not commit a crime by voting, and Trump’s pardoning of Anthony would go against that belief.

One of the voices speaking out against the pardon is the executive director of the National Susan B. Anthony Museum and House in Rochester, Deborah Hughes. Hughes said that Anthony would not want a pardon for herself. She released a statement about the pardon on Tuesday. "She felt she had a right to vote as a citizen. She felt that the trial was the greatest miscarriage of justice, as did her lawyers, and to pardon it is to validate the trial," Hughes told ABC News. In her statement, Hughes also points out the hypocrisy of Trump pardoning someone whose vote was suppressed while actively trying to suppress votes.

Hughes argues in the statement that a pardon does not honor Anthony’s legacy. She offers Trump some alternatives. The statement reads, "If one wants to honor Susan B. Anthony today, a clear stance against any form of voter suppression would be welcome. Enforcement and expansion of the Voting Rights Act of 1965 would be celebrated, we must assure that states respect the 14th, 15th, and 19th Amendments to the United States Constitution. Support for the Equal Rights Amendment would be well received. Advocacy for human rights for all would be splendid. Anthony was also a strong proponent of sex education, fair labor practices, excellent public education, equal pay for equal work, and elimination of all forms of discrimination."

As highest ranking woman elected official in New York and on behalf of Susan B. Anthony’s legacy we demand Trump rescind his pardon.

She was proud of her arrest to draw attention to the cause for women’s rights, and never paid her fine. Let her Rest In Peace, @realDonaldTrump.

Pathetic. Trump pardons a woman who has been dead for over 100 years to show his commitment to women.

Suburban women aren’t dumb. We are all insulted. https://t.co/8NtWxYOy3p

Trump's doing this pardon is a distraction in hopes that people will forget how his policies hurt women and women of color, and we cannot let ourselves be distracted.