Wednesday Night Was Great For Women at the DNC 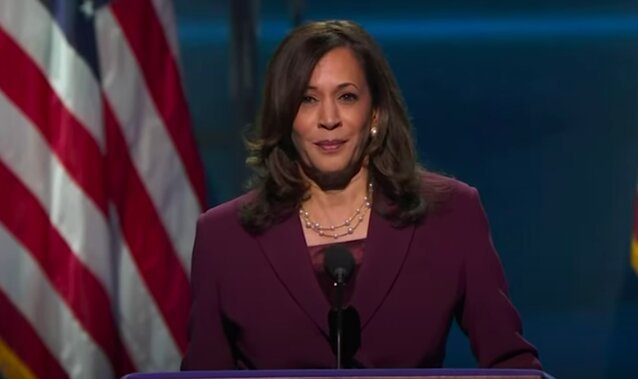 The third night of the virtual Democratic National Convention centered the key components Democrats are focusing on in the 2020 presidential election: mobilizing voters, the Black Lives Matter movement, the economy in the age COVID-19, and taking down President Donald Trump. However, the DNC also illuminated another crucial factor of the presidential race last night: the role of women. Here are some of the highlights from the speeches made by women on Wednesday night.

The DNC witnessed a historical moment when Senator Kamala Harris formally accepted the nomination to become Vice President as the first Black woman and Asian American on a major presidential ticket. Her speech was a relatively placid entry into the presidential race: the majority was a recap of her upbringing, detailing her life growing up in a single-mother household. However, while tame, her speech did not shy from the harsh realities Americans are facing right now. She touched on the Black Lives Matter protests and the virus' disproportionate effects on POC. “There is no vaccine for racism,” she said. “We have got to do the work.”

The heavy hitter of Harris’ speech was the one-liner which seemed to echo chillingly into the Zoomiverse: “I know a predator when I see one.” A pause and purposeful glance let us know exactly who she was referring to. It was here Harris seemed to find her stride, demonstrating different confidence that let us know she means business this election.

Gabrielle Giffords made a stirring appearance at the DNC with her taped speech, where she described her recovery and vied for Americans to summon their voices in the upcoming election. The former congresswoman from Arizona was shot in the head at an event in her district in 2011 and has since embarked on a difficult healing process that positioned her as a powerful symbol of gun violence and the need for its prevention. She urged voters to elect Biden, stating, “He was there for me. He’ll be there for you, too.”

.@JoeBiden and I agree that pain is best overcome by purpose.

I still struggle to speak, but at tonight’s #DemConvention, I made my voice heard.

For the safety and future of our country, we must elect @JoeBiden and @KamalaHarris. pic.twitter.com/oxFNdjwsvm

Taking place in a pre-kindergarten and kindergarten facility, Warren’s speech was backdropped by a typical American public school classroom. There was a softly rippled American flag, brightly colored cubbies, children’s paintings — but, best of all, a not-so-secret message spelled out behind her in blocks:

Elizabeth Warren is a real one pic.twitter.com/eka6rI5z11

Hillary Clinton also made an appearance at the DNC on Wednesday night to support Joe Biden. She issued a no-nonsense, take-it-from me address that emphasized the need for voters to get those ballots. And, although her speech didn’t necessarily steal the show last night, her one-liner spelled out the overarching theme of this upcoming election pretty powerfully: "This can't be another woulda, coulda, shoulda election.”

‘This can’t be another woulda coulda shoulda election’https://t.co/FfOkbAunkv