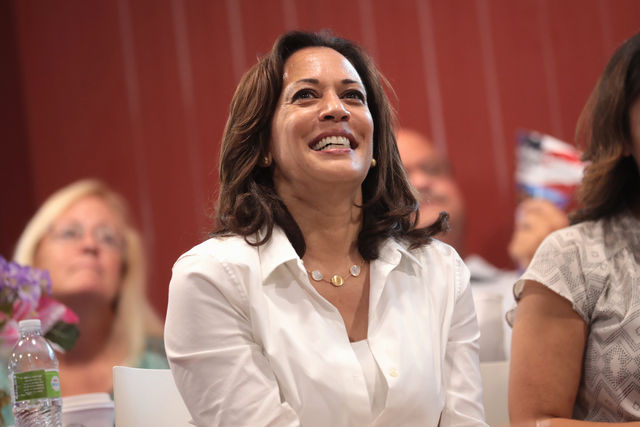 Donald Trump gained notoriety for falsely claiming that President Barack Obama, who was born in Hawaii, was not a U.S. citizen and was lying about his birthplace. This statement was the genesis of the “birtherism” movement where people suspected Obama was lying about his nationality and demanded to see his birth certificate. Many people falsely claimed that Barack Obama was a Muslim. And despite there being nothing wrong with being a Muslim, it was a bald-faced lie, a movement rooted in racism and xenophobia. Even after President Obama showed his birth certificate, many people, including Trump, erroneously suggested that the birth certificate was somehow fake and continued with this conspiracy theory.

Donald Trump is now back at it again, but this time, it’s with Kamala Harris, someone who was unequivocally born in California. In a “news conference,” Trump said that he heard that Harris “doesn’t meet the requirements” to serve as President or Vice President. It’s just another way of Trump trying to use racist rhetoric in order to tear down Black people. It should come as no surprise that this was Trump’s plan of action, because it’s almost exactly what he did to President Obama.

Accusing someone of being from a different country just because their parents are immigrants — Barack Obama’s father was from Kenya, and Kamala Harris’ parents are from Jamaica and India — is 100% unacceptable and racist. To be clear, Kamala Harris is eligible to be Vice President and President of the United States. She was born in Oakland, California, making her a natural-born citizen, which meets the requirements to serve as either role. To suggest otherwise is to push a false narrative, something that Donald Trump has been doing ever since he entered the political sphere.

While Trump didn’t outright say that Kamala Harris wasn’t born in the United States and he didn’t come to a definite conclusion in his so-called news conference, it was largely implied that he believed that she was ineligible. He said, “I just heard about it, I’ll take a look.” This isn’t a new strategy: when Trump was trying to discredit President Obama, he also used the same exact rhetoric of just asking questions and "wondering," but what it really did was spark a conspiracy theory, and that’s exactly what he did once again.

There is nothing to look into because the requirements to be a Vice President or President are being a natural-born U.S. citizen, being at least 35 years old, and being a U.S. resident for at least 14 years. Kamala Harris meets these requirements, full stop. The birtherism movement during President Obama’s years in office was disgusting and racist, and it looks like history is repeating itself.

Trump resorting to this kind of attack (a.k.a., something not at all based in reality) is a sign that he’s nervous. He’s grasping at straws, hoping that the American people won’t see through it. But we do, and we’ll show him we do when we vote him out in November.