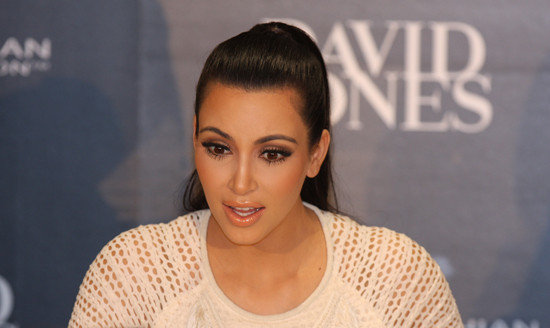 According to the Body Image Therapy Center, 70 percent of 18 to 30-year-olds don’t like their body. Eighty-nine percent of girls have dieted by age 17. And 42 percent of girls in first through third grade want to lose weight.

Our society has an obsession with being thin, and no one can really pinpoint how or when it began. Some think it began in the 1840s with a minister who preached women’s overindulgences in food signaled poor morality. Others think it began much later with a “scientist” in the 1920s who came up with multiple diets—one included a “pep breakfast” drink of two raw eggs and orange juice—and preached “there is real tragedy in fat.”

No matter how we got here, we’re obsessed with being thin—I mean, the diet industry is still worth $72 billion. We’ve seen improvement in the past few years with more representation at companies like Aerie and Savage X Fenty and the downfall of Victoria’s Secret—whose CEO once said that plus-sized women weren’t the “fantasy.” But we still have a long way to go.

Although there are thousands of things that contribute to the body image issues of young women everywhere and the overwhelming desire of many to be thin, there’s only one thing I’d like to focus on at the moment: The Kardashians.

No matter how hard I try, I cannot seem to stop seeing the Kardashians and the Jenners no matter which way I turn. They’re on Instagram, they’re in David Dobrik’s Tesla on YouTube, they’re even making guest appearances in music videos—like Cardi B and Megan Thee Stallion’s “WAP.” And, honestly, I firmly believe that the Kardashians and the Jenners are big contributors to American women’s body issues.

For a while, it wasn’t hard to find posts from one of America’s most talked-about people promoting products like detox teas, appetite suppressant lollipops, and waist trainers as what they have to thank for their “ideal” bodies. The posts are often sponsored and offer followers discount codes so they can get the product themselves and become one step closer to looking like a Kardashian.

Kim even created a body makeup line with “body foundation” meant to cover stretch marks, cellulite, and other “imperfections” on bodies. A promotional video underneath the product even shows how well the foundation covers up the appearance of veins on a woman’s thigh.

However, as Good Place actress and my personal superhero, Jameela Jamil constantly points out: these products are not what the celebrities have to thank for their bodies. Because of their excessive wealth, the Kardashians have access to personal trainers, nutritionists, chefs, and plastic surgeons to look the way they do. Their aesthetic is completely unattainable for a normal person, who doesn’t have hundreds of thousands to pay for surgeries and trainers or extra hours to spend in the gym.

But that doesn’t stop the celebs from promoting dangerous products like waist trainers—which Kim sells now, actually—and detox teas. Both of these have been proven by doctors to be detrimental to a person’s health. Waist trainers, which are basically corsets with a nicer-sounding name, can lead to nausea, fainting, bruising, and fractured ribs, according to Insider. Detox teas like SkinnyFit and Flat Tummy Tea basically work as laxatives and cause diarrhea—which, if used too often, can lead to digestive issues and malnutrition. Something that Jameela Jamil loves to point out in very creative ways.

If influencers and celebrities were actually honest with us about some of these Slimming/detox products... #itburns

Yet, despite medical professionals’ warnings about products like these, the Kardashian-Jenners still continue to promote and sell them to their audience of insecure young women, promising results when they most likely aren’t even using the product themselves. Not to mention the products meant to suppress natural things like stretch marks and, I don't know, being hungry.

They even frequently defend their promotion of such products. “If there is work that is really easy that doesn’t take away from our kids, that’s like a huge priority, if someone was faced with the same job opportunities, I think they would maybe consider,” Kim told the New York Times. “You’re going to get backlash for almost everything so as long as you like it or believe in it or it’s worth it financially, whatever your decision may be, as long as you’re O.K. with that.”

I think it's necessary to point out that, while these promotions are a source of revenue for them, they don't really need it. Between the five Kardashian-Jenners, they have three television shows, an app, three clothing lines, two makeup companies, one skincare company, three books, and one lifestyle blog with a shop. Plus, these promotions are often quickly deleted after they’re posted because of backlash, so who’s to say if they really believe in the products.

Either way, the promotion of dangerous products to young, vulnerable girls all in the name of being thin is despicable. I really can’t put it any other way. When girls can't achieve the results they want, the results they believe to be possible, they could turn to unhealthy dieting, eating disorders, or worse.

If you follow the Kardashians-Jenners or have younger relatives who do, I recommend you remove them from your timelines. Nothing they’re selling you is real.