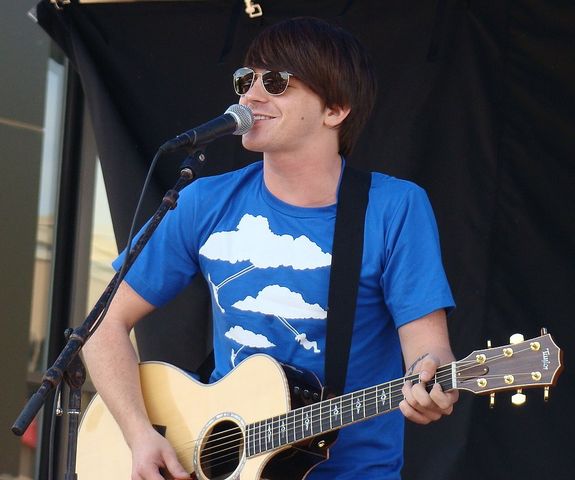 Last night, there was a TikTok posted by Jimi Ono, also known as Melissa Lingafelt, where she accused Drake Bell of verbal and physical abuse during their relationship, which lasted over two years. Bell is best known for his role on the Nickelodeon sitcom Drake & Josh.

This is my truth. I hope this message reaches young girls, and that no one has to go through what I did. ##2020survivor

In the TikTok, Ono claimed that she started dating Bell when she 16, making her underage. Ono details the abuse she suffered from Bell: she claims that one time Bell dragged her down the stairs, with her face hitting every single step on the way down. Ono also shared pictures of her and Bell together on the screen, as well as a photo album.

In other TikToks, Ono shared that other people, via her Instagram DMs, have been coming forward about their experiences with Bell. One Instagram user said that Bell cheated on Ono with a 15-year-old friend of theirs, which constitutes as statutory rape.

Reposting with name blurred. My bad. May the victims of drake bell get justice tho. ##endabuseagainstwomen

♬ All For Us - Labrinth

Reposting with blurred name. This is what I was hoping for. There are several stories just like this out there. ##endabuseagainstwomen

Paydin Layne LoPachin, an actress who previously dated Bell, also came forward to share her story with Bell. She claims that she dated Bell after Ono had for five years. In her Instagram DM to Ono, she claimed, "I will stand by your side and back you up as I went through the same horrific verbal, physical and mental abuse." She seemed to also backup Ono’s claim of him having sex with underage girls.

Do you believe us now? So proud of Paydin, drakes ex of 5 after me for being this brave. ##westandtogether ##endabusetowomen

Ono also shared DMs of a woman, Gillian Leos, who dated Bell from 2001 to 2005 when they went to high school together. She also corroborated Ono’s claims of abuse and said that she had many witnesses to attest what Bell put her through. She also claimed that she didn’t have voicemails or text messages because Bell "broke every phone I had back then."

Another one of Drake’s serious relationships. Please show love and support to Jillian and Paydin. This is not easy. ##endabuseagainstwomen

Bell has denied these accusations in a statement to People. He said that he "never abused my ex-girlfriend or did so many of the other things Melissa falsely claimed on her TikTok video." Despite this, Ono said on her Instagram stories, "Everyone that really knows me and has been a friend of mine for the past 15 years knows all too well of the abuse that Drake Bell put me through. I have so many witnesses, I have photos, it was my life."

He also accused her of reaching out for financial support during a tough time last year which he claims he provided. In his statement, Bell went on to say, "I do not know if today’s behavior is some kind of misguided quest for more money or attention. But I cannot and will not allow these offensive and defamatory allegations to go unchallenged, and I am reviewing my legal options."

Why Is Poland Getting Rid Of Protections Against Domestic Violence?