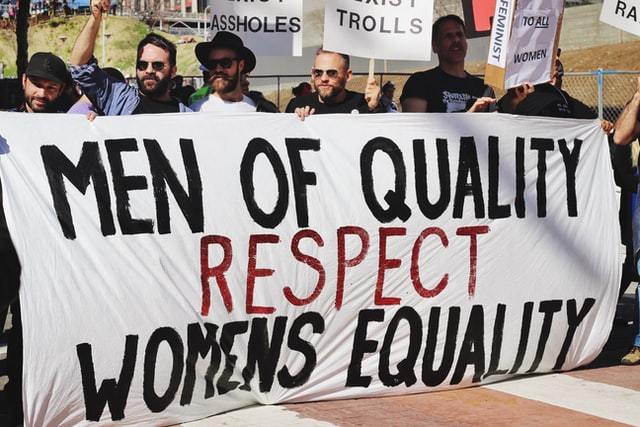 If you’ve heard of catfishing and Blackfishing, get ready for another wild phenomenon: wokefishing. Apparently, wokefishing is what happens when men on dating apps pretend that they’re “woke” in order to entice potential partners. The term was coined by Serena Smith in a Vice article about people who had been with their partners until finding out they held problematic beliefs...to say the very least.

Smith writes “A wokefish may at first present themselves as a protest-attending, sex-positive, anti-racist, intersectional feminist who drinks ethically sourced oat milk and has read the back catalogue of Audre Lorde, twice. But in reality, they don’t give a shit.” It’s kind of similar to performative activism and virtue signaling but people are searching for dates or hookups instead of clout. I’m sure a lot of us have been wokefished in one way or another.

For example, you start seeing this guy who seems to be for the Black Lives Matter movement and feminist issues, and then one day he sends you a snapchat with a blue lives matter hat on. Or maybe that’s just me.

Either way, pretending to be progressive on dating apps is something that’s become increasingly popular in the wake of the death of George Floyd and the Black Lives Matter protests. Whether you like it or not, your politics impact your dating life, and leftists don’t want to deal with Ben Shapiro stans and conservative talking points. We attend family get-togethers for that.

Smith includes a story about a guy who put up a progressive front and openly discussed racism in the UK in addition to criticizing the monarchy. But after the honeymoon phase was over in the relationship, he would laugh at racial slurs.

There was also Hannah, who was in a relationship for six months thinking she shared the same views as her partner. The guy she dated critiqued how “white” their educational curriculum was and talked about how he wished his hometown was more diverse. However, he later introduced Hannah to his friends as his “dirty Arab girlfriend” and later confessed to being apart of Nazi groups. Yes, you read that correctly.

Although it can be difficult to tell when someone is wokefishing, there are definitely ways to spot it. First of all, do their words line up with their actions? Do they post a black square on Instagram but refuse to call out racism when they see it? Maybe you’ve spotted microaggressions or indications that they really aren’t who they say they are. Are they receptive to changing when you call them out? Ultimately, you have to trust your gut and look for the warning signs. But if you really can’t tell, you can always check their Twitter or Facebook feed from 2012 and see if there are any red flags. Best of luck.