This Indian Company Offers Menstrual Leave To Its Employees -- Is It Helping or Hurting? 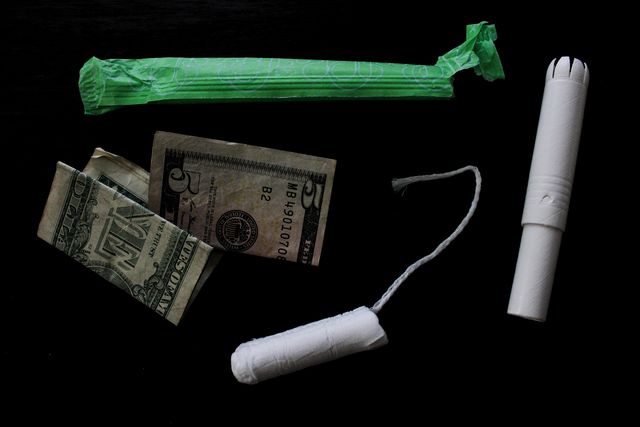 In many parts of India, menstruation is often associated with dirtiness, making it a taboo subject. The origin of this taboo can be traced back to The Vedas, or ancient Hindu scriptures, which associates menstruation with the myth of Indra’s slaying of Vritras. In the text, menstrual flow is a manifestation of Indra’s guilt for the murder and appears every month for women because they have taken the guilt upon themselves. This core myth, along with other cultural factors, has contributed to the country’s modern stigmatization of menstruation. In many areas, when women are on their periods, they are considered ‘impure’ and are prohibited from cooking or touching their families.

However, there has been a recent uptake in activism against menstruation stigma. This was reinforced by a supreme court decision in 2018 to lift a decades-long ban on women of child-bearing age (between 10 and 50 years old) from entering the Sabarimala Temple in the southern state of Kerala, inspiring national conversation about women’s rights.

Recently, Indian food delivery company Zomato has taken a slightly unconventional approach to this work by offering up to ten days of ‘period leave’ a year to women and transgender folx as part of an initiative to combat gender discrimination. “There shouldn’t be any shame or stigma attached to applying for a period leave,” Zomato’s chief executive, Deepinder Goyal, wrote in an email to staff. “You should feel free to tell people on internal groups, or emails that you are on your period leave for the day.”

India is not the only country to have offered menstrual leave. Indonesia offers two days per month to employees; in Taiwan, three days per month; Zambia, one day per month. Japan, in particular, has held a menstrual leave policy since 1947: requiring employers to grant women days off for difficult menstruation (but leaves it up to firms to decide whether to pay them or not).

While this may seem like a bold strike against stigma, unfortunately, this type of regulation does not always yield the desired results. Zomato's decision sparked an online debate that falls in line with the typical reception to these types of policies -- some arguing that women are receiving "special treatment," while many others warn that menstrual leave could leave them vulnerable to gender discrimination in the workplace.

In areas where women are paid and evaluated based on how many hours they work, asking for leave could have negative repercussions. Additionally, some women have expressed fear of sexual harassment or discrimination by announcing one’s menstrual cycle to the office. Ranjana Kumari, the director of the nonprofit Center for Social Research, which advocates for women's rights in India, told CNN that menstrual leave may demarcate women as having a disability and make it harder for women to get employed.

These concerns are markedly similar to the debate around women’s maternity leave. Data collected from many countries demonstrates that the longer new mothers are away from paid work, the less likely they are to be promoted or receive a pay raise after their leave. This puts them at greater risk of being fired or demoted.

It is important to consider that this regulation could disproportionately affect transgender workers, too, who already face a myriad of discriminatory obstacles in the workplace as is: transgender folx are more likely to experience refusal to hire, privacy violations, sexual harassment than cis-gendered individuals.

Header image via @grocharios on Unsplash

Lilly Wachowski Confirms "The Matrix" Was Meant To Be Trans Allegory, Character Switch Was Trans