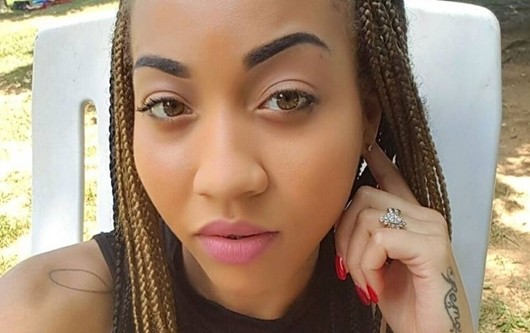 Korryn Gaines was a 23-year-old young woman who was shot by the police on August 1, 2016, during an hours-long stand-off in Baltimore County, Maryland. This incident happened after a traffic violation where Gaines allegedly didn't appear in court because, when she went into the station to get clarity about her court date, the police told her that the supervisor with the documents was unavailable. Her failure to appear in court led to an arrest warrant and officers showed up to her apartment to serve that warrant.

When the officers showed up, Gaines grabbed a legally-owned firearm, saying she was doing it in order to protect her 5-year-old son, Kodi, and that they had no right to break into her home. Gaines filmed the incident on Facebook Live. Facebook shut her page down per the request of police. During the hours-long stand-off, a police officer fired a shot; Gaines was then shot three times by an officer. Her 5-year-old son was also shot by police in the crossfire and suffered a lifelong elbow injury and bullet fractures to his face.

Ever since her killing, her family has been fighting for justice through legal action. Her family filed a wrongful death lawsuit, claiming that the officer who shot Gaines did so out of a loss of patience over the stand-off rather than an immediate threat.

While the officer who shot Gaines was not charged, in 2018, the family was awarded $38 million by an all-female jury. The jury stated that since the first shot was fired by the officer and not Gaines that his actions were not reasonable and thus violated their civil rights. However, there was an appeal filed which led to a February 2019 verdict by Judge Mickey J. Norman, who ruled that the officer’s actions were reasonable and reversed the prior decision.

On July 1 this year, the Gaines family got a victory when they appealed again and ruled to reinstate the $38 million settlement. The ruling essentially says that the judge’s prior decision to reverse the settlement was wrong. According to WJZ, the family’s attorney, J. Wyndal Gordon, said that Gaines’ mother was emotional about the news and that “she knew that justice was on the wings for us and that we would win this case.”

Kimberle Crenshaw's podcast Intersectionality Matters! had Gaines' mother, Rhanda Dormeus, on to discuss Gaines' story. Dormeus has been active in the #SayHerName campaign. Dormeus said that the officers wouldn't allow her to talk to her daughter during the incident, and she told Crenshaw that they "had a good relationship and I know her hearing from me, things could've been different."

Dormeus said that she wasn't aware of Gaines' murder until ten to fifteen minutes after and an officer simply told her, "She's gone." Dormeus stated that the officer who killed Gaines "saw her as a problem because during the trial all of the other officers said that she posed no threat to them...He even admitted he couldn't see her. He shot through a wall. [...] He said that he thought she was going fire on them because he couldn't see it. Then he said he thought that she was going to hurt Kodi. When they got in there she was making him a peanut butter and jelly sandwich."

When talking about the grief of losing her daughter, she said, "I had things that I enjoyed before my daughter died. I no longer find joy in them. I'm trying to figure out how to get back to me. We lose ourselves. Our families lose parts of themselves."

The recent ruling is a step in the right direction. The family attorney told WNZ the next step is to return to court where they will make adjustments to the verdict and figure out what the award will be. However, while the ruling is certainly a victory for Korryn Gaines' family, especially her mother, there's no amount of money that can make up for lost life. When talking to The Root, Dormeus said, "They couldn’t pay enough money to make me happy. You already took the great love of my life, my baby, away."

Korryn Gaines was killed on August 1, making her four-year death anniversary last Saturday. Committing a traffic violation should never lead to death, and we must do better and say her name. We cannot forget her or her story.