This Nonprofit Is Building Tiny Homes for Black Trans People 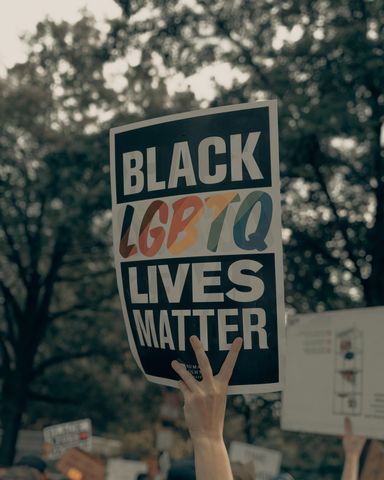 If you are Black and transgender, you are five times more likely to experience homelessness than the general U.S. population. This is a reality that activist Kayla Gore fights against every day in her work with My Sistah’s House, a nonprofit dedicated to helping Black trans women and nonbinary people access safe housing in Memphis, Tennessee.

There is so much wisdom, clarity, & vision in this profile of Kayla Gore, Co-Founder & Executive Director of @MySistahHouse. So moved by all that she is doing with My Sistah's House, the tiny homes, the community garden, and every space she enters. ??✨ https://t.co/TvRAuwzOuB

As the co-founder of My Sistah’s House, Gore works to help to coordinate homeless services, conduct direct outreach, and advocate for the rights of LGBTQ+ people. She also provides training for community-based organizations, educational institutions, healthcare organizations around trans inclusivity. The group provides a myriad of social services for trans-POC -- such as providing emergency shelter and access to sexual health services -- but Gore’s largest project is providing long-term housing.

Since its founding in 2017, My Sistah’s House has provided temporary shelter to those in the Memphis area but has struggled to help them access permanent housing, Gore said in an article with NBC. Long-term housing is a priority in advocating for trans rights, as many social services and homeless shelters have a record of denying trans homeless people shelter based on their gender identity or inappropriately housing them in a gendered space they do not identify with. “Long-term housing projects are necessary to lift the Black trans community out of an endless cycle of homelessness and poverty,” she stated.

Homelessness is one of the most pervasive challenges that Black trans people face. According to a 2018 American Psychological Association report, Black trans people have an unemployment rate more than three times that of the general population, and half of these individuals reported “feeling forced to participate in the underground economy for survival.”

Being forced into an ‘underground economy,’ which includes illegal sex work and drug sales, increases the risk of going to jail or prison for Black trans people, and a criminal record is often a barrier to obtaining long-term housing. According to the U.S. Transgender Survey, the rate of Black trans women who were incarcerated in a year was ten times the rate of the general public.

My Sistah’s House met their goal of 10 Tiny Homes for Black Trans Women in Memphis, TN. They’ve now expanded their goal to 20. Please donate or retweet if you’re able. Any help is appreciated! ❤️https://t.co/MZ3S72LO4e

To tackle this issue, My Sistah’s House launched a GoFundMe page to build a small neighborhood of 20 tiny homes for Black trans women and nonbinary people in the Memphis area. The campaign raised over $250,000 in a matter of weeks, exceeding its goal. “It's been super overwhelming to see the support that's coming in so fast and so rapidly,” Gore said.

Tiny homes are pre-made studio structures and are often touted as affordable or minimalist alternatives to traditional housing. However, the real benefit of tiny homes for My Sistah’s House is that they cost a fraction of the price of a traditional home. This financial support is timely, as the COVID-19 pandemic will likely exacerbate the situation by contributing to unemployment for Black trans people.

Image via Clay Banks on Unsplash