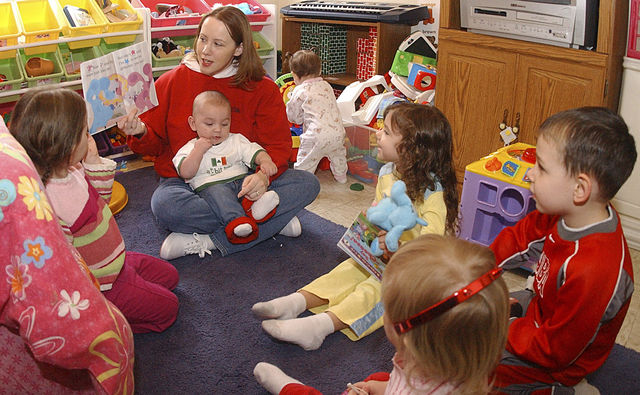 This past Monday in California, publicly funded child care providers voted overwhelmingly to form a union in collective bargaining with the state. Organizers believe that this is the biggest U.S. union-organizing election victory in recent years. It seems to be the largest unionization election since 2011.

The union, Child Care Providers United, was a joint effort between labor groups the Service Employees International Union and the American Federation of State, County and Municipal Employees. The local affiliates of these two unions will now represent the publicly funded child care providers in California.

Providers have been fighting for the right to unionize for almost two decades. This came to fruition first when Governor Gavin Newsome signed a law that allowed providers to unionize for the first time.

These child care providers don’t work in daycare centers but work out of their own home and provide vital child care to families who could not afford child care without state funding.

This union would help the roughly 43,000 child care workers in California. The union says that they will advocate for higher pay per subsidized child, they also say that the union will give them the power to negotiate with the state over a contract that could impact the funding and training they receive for their work.

When child care providers care for children from low-income families who have been approved for subsidies, they get payments from the state. But the payments from the state don’t seem to be enough because according to a report by the Center for the Study of Child Care Employment at UC Berkeley and the Economic Policy Institute, preschool teachers are six times more likely to live in poverty than K-12 teachers.

Mary Ignatius, a statewide organizer for Parent Voices California, a parent-led organization that advocates for more child care subsidies said, “For far too long, because of our underfunding, the needs of parents have been pit against the needs of providers. Our providers are always sacrificing for families. I know that as they are getting to the table to improve their wages and livelihoods, I know at the same time they’ll be doing everything they can to improve access, because that’s who they want to serve, the most vulnerable children.”

Before the union, publicly funded child care workers operated much like small business owners, according to child care worker Zoila Carolina Toma, who told HuffPost that they got no sick days and no health coverage. While celebrating the election results on a Zoom call, Toma said, “It's time to demand what we deserve, what our families deserve, what the people in California deserve.”

Nancy Harvey who runs Li’l Nancy’s Primary Schoolhouse out of her home in Oakland told EdSource, “This is huge, it’s unprecedented. We need a livable wage. It’s unfair and unjust for us to be caring for families and yet no one is caring for us. It just doesn’t make any sense.”

This is a huge win for child care providers, who have been fighting for this for the last seventeen years. In the age of the COVID-19 pandemic, it’s important to invest in child care especially for publicly funded child care for those who cannot afford to send their children to daycare and to not work.

Together But Not Equal: Major Gender Disparity In Unions

Tags: child care workers , childcare , children , union , worker's rights , labor union , daycare
Support Feminist Media!
During these troubling political times, independent feminist media is more vital than ever. If our bold, uncensored reporting on women’s issues is important to you, please consider making a donation of $5, $25, $50, or whatever you can afford, to protect and sustain BUST.com.
Thanks so much—we can’t spell BUST without U.