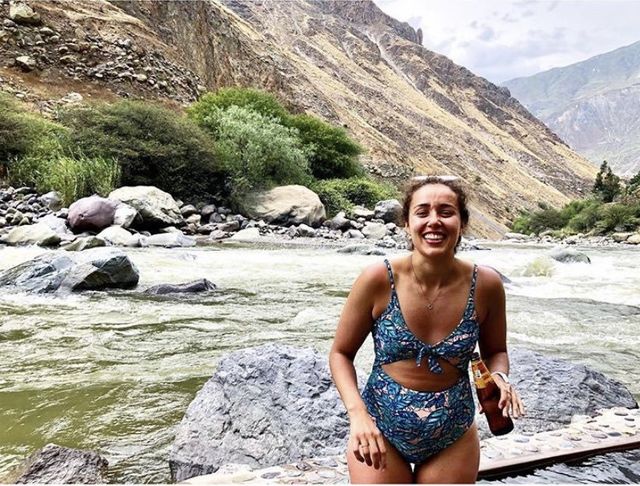 The Internet’s doctors are posting photos of themselves lounging around in bikinis with alcohol, and frankly, we’re living for it.

Today, a 2019 study from the Society for Clinical Vascular Surgery was posted on Twitter. In the study, three male doctors sifted through 480 vascular surgeons’ social media profiles and detailed the “unprofessional content” they saw on the accounts. The study concluded that half of recent or soon-to-be graduating vascular surgery trainees had an identifiable social media account, and of that half, one-quarter of the accounts had “unprofessional content.”

What did they count as unprofessional content? Among other things, they included holding/consuming alcohol, inappropriate attire—which was later specified as “pictures in underwear, provocative Halloween costumes, and provocative posing in bikinis/swimwear—profanity, and comments on political or social topics.

The study has come under fire on Twitter because of the shady methods the researchers used to gather information—creating fake social media accounts to look through surgeons’ social media pages—and because of the ludicrous suggestion that doctors should not have fun, go swimming, or drink in their off time.

In protest, women doctors have been flooding Twitter with photos of themselves drinking and/or in their swimwear and Halloween costumes trying to prove that what they do or post in their free time does not affect how they do their job.

Also deemed unprofessional, profanity & political talk but these dudes can fuck off b/c health care should be free at the point of care. https://t.co/Lk99jCRdrD

It breaks my heart, but this just shows a peak behind the curtain at how behind and backwards the culture in medicine is. Here's a picture of me after finishing my leading Research Thesis on Emergency Vehicle Trauma. Doctors are people too #MedBikini pic.twitter.com/A4zrSYEFNo

#MedBikini bc I’m in a hospital at 4 am, and if you don’t think 12 mi hikes, beers, and bikinis don’t make me a better doctor you’re nuts. pic.twitter.com/0M7kGpWxFv

I'm here in support of my female Vascular Surgery colleagues because (gasp) #WomenInCardiology also wear bikinis on family vacations. Women doctors are like real people. Having some fun in our free time does not make us unprofessional. Wellness makes us better doctors. #MedBikini pic.twitter.com/XzFiJ567Ud

As per usual, Twitter has not failed to astonish us.

What Florence Nightingale Can Still Teach Us 200 Years After

Tags: medicine , doctors , feminism , social media , twitter
Support Feminist Media!
During these troubling political times, independent feminist media is more vital than ever. If our bold, uncensored reporting on women’s issues is important to you, please consider making a donation of $5, $25, $50, or whatever you can afford, to protect and sustain BUST.com.
Thanks so much—we can’t spell BUST without U.