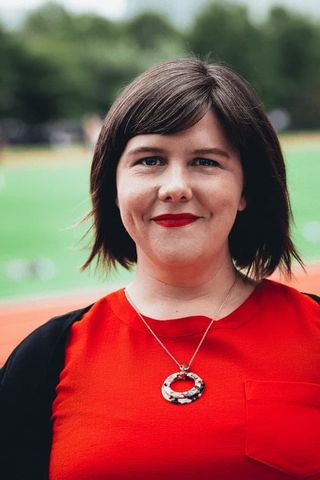 Brooklyn activist Emily Gallagher just defeated one of the longest-serving members of the State Assembly, Joe Lentol. Gallagher will be representing the 50th District. The defeat came almost a month after the election, as they were still counting the votes in New York. Gallagher ended up taking the lead with the help of absentee ballots, which were higher than usual due to the COVID-19 pandemic.

Lentol, who had been a member of the Legislature since 1973, conceded and stated, “It’s decided: The voters in the 50th Assembly District voted for change.”

Gallagher, 36, certainly is a change, considering that Lentol has been in the position for over forty years. Gallagher is also the founder of the Greenpoint Sexual Assault Task Force, a task force that “was founded in response to a series of sexual assaults in the Greenpoint community in 2016.” Gallagher also got backing from progressives like Cynthia Nixon and New Kings Democrats. Despite these endorsements, Gallagher wasn’t endorsed by a single elected official, making her victory even more triumphant.

Gallagher celebrated her win and thanked her supporters on Twitter, writing, “Thank you so much for believing in me, against all the odds.”

I can't believe I am writing this but it's official: we won.

This was a collective and truly grassroots campaign, powered by a deep love for North Brooklyn and a desire to make it better.

Thank you so much for believing in me, against all the odds. pic.twitter.com/zcW8byPeon

Gallagher spoke with BUST back in December and said if she were elected (which she just was!) that she would “plan to champion...transportation, housing, and the environment.” She also stated that “I respect and value the public service of my opponent. I know he cares about the district. But you can’t stay in office for that long without accommodating the political machine and the powerful interests that have made this city so difficult for anyone who’s not rich. And frankly, our community is significantly more progressive than its representation in Albany.”

When asked if she thought that having a woman representing her district would lead to other women running for office, she replied, “I absolutely hope that will happen. I think government, directly and indirectly, make decisions that impact women above and beyond anyone else. My community deserves a champion for women’s rights.”

Gallagher joins the ranks among progressive candidates who are ousting long-serving Democrats in this year’s primary.

Tags: Emily Gallagher , Joe Lentol , politics , progressive , Brooklyn , New York , New York Assembly , Women in politics
Support Feminist Media!
During these troubling political times, independent feminist media is more vital than ever. If our bold, uncensored reporting on women’s issues is important to you, please consider making a donation of $5, $25, $50, or whatever you can afford, to protect and sustain BUST.com.
Thanks so much—we can’t spell BUST without U.