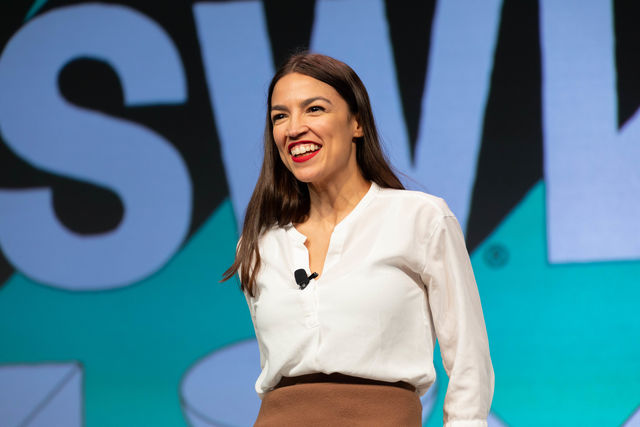 New York Representative Alexandria Ocasio-Cortez is known for being outspoken and progressive. She’s been dubbed as part of “The Squad,” an informal title for a group of four progressive women who were elected in 2018. Other members include Ayanna Pressley, Ilhan Omar, and Rashida Tlaib. It comes as no surprise that Ocasio-Cortez’s views aren’t popular with everyone, especially her colleagues across the aisle.

But what did come as a surprise was when Florida Representative Ted Yoho accosted Ocasio-Cortez on the steps of the Capitol on Monday, June 20th. Yoho was coming down the steps to the Capitol building while Ocasio-Cortez was going in to cast a vote. In a heated exchange between the two representatives, Yoho allegedy called Ocasio-Cortez “disgusting” for suggesting that unemployment and poverty were the driving forces of a spike in crime in New York City during the COVID-19 pandemic.

Yoho, allegedly, told the congresswoman that she was “out of her freaking mind,” while Ocasio-Cortez replied that he was being “rude.” As the two parted ways, Yoho said to no one in particular, “Fucking bitch.”

Congresswoman Ocasio-Cortez told The Hill, “That kind of confrontation hasn't ever happened to me — ever. I've never had that kind of abrupt, disgusting kind of disrespect levied at me.” While Ocasio-Cortez is used to targeted harassment from conservatives - stating that she’s “no stranger to this” - she says that the confrontation with Yoho was something new. She also stated that she has “never, ever been treated that way by another member before. I’m frankly quite taken aback.”

Ocasio-Cortez took to Twitter to make further statements where she stated, “I never spoke to Rep. Yoho before he decided to accost me on the steps of the nation’s Capitol yesterday.” She also took a jab at Yoho’s professionalism as she stated that she and her other GOP colleagues, “know how to check our legislative sparring at the committee door.”

I never spoke to Rep. Yoho before he decided to accost me on the steps of the nation’s Capitol yesterday.

Believe it or not, I usually get along fine w/ my GOP colleagues. We know how to check our legislative sparring at the committee door.

Representative Ted Yoho has yet to make a statement. When asked for one by The Hill, he simply stated, “No comment.”

Texas Representative Roger Williams was in the vicinity when the confrontation took place, but he stated that he wasn’t paying attention. He stated, “I was actually thinking, as I was walking down the stairs, I was thinking about some issues I've got in my district that need to get done.” Ocasio-Cortez called this out in another tweet saying that he was lying and joined in with Yoho.

Gotta love Republican courage from Rep @RogerWilliamsTX: when he undeniably sees another man engaged in virulent harassment of a young woman, just pretend you never saw it in the most cartoonish manner possible and keep pushing.

What’s wild to me @RogerWilliamsTX is why would you blatantly lie to a reporter who saw this exchange?

You were yelling at me too, about “throwing urine.”

Many people have come to Ocasio-Cortez’s defense over this confrontation including former Secretary of State John Kerry, Representative Dean Phillips, Representative Ruben Gallego, among others. Misogynistic language like Yoho used has no place in Congress or anywhere. While GOP members might disagree with Ocasio-Cortez’s positions, just like she might disagree with theirs, harassment is never okay.

That language towards women has no place in Congress, let alone our society. I enjoyed working with @AOC these last months - she’s smart as hell and cares more about her constituents and country than I could adequately describe in a single tweet. https://t.co/08rKwP0W2i

I have suggested the same thing that @aoc has poverty & unemployment lead to crime. Weird neither Yoho or any other member has ever talked to me that way. https://t.co/eQfwBe0223

Like @aoc, I believe poverty to be a root cause of crime. Wonder why Rep. Yoho hasn’t accosted me on the Capitol steps with the same sentiment? #shameful https://t.co/f5qkC3CbTR

The targeted harassment of Representative Ocasio-Cortez from the right has been very obvious over the years she’s been in Congress, but we’ve never seen such blatant harassment from inside the Congress. It is fine to have disagreements with people, but Yoho crossed a line by accosting Ocasio-Cortez and using misogynistic language. But as Congresswoman Ocasio-Cortez says, “‘b*tches’ get stuff done.”