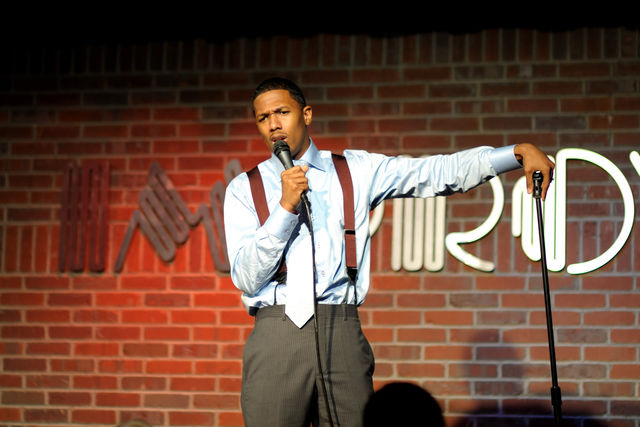 Nick Cannon, known for hosting the successful MTV show Wild ‘N Out, recently came under fire for comments he made on a podcast. Because of these comments, Cannon was fired from Viacom, which includes his deals with Nickelodeon and MTV. On the podcast, he was speaking with Professor Griff, a former member of the rap group Public Enemy who was kicked out for antisemitic comments in 1989, in which he said that Jewish people were responsible for the majority of the wickedness in the world.

Throughout the podcast, Cannon talked about harmful antisemitic conspiracy theories such as the Rothschild Bank Theory, which suggests that Jewish families are in control of all of the money in the world. The conspiracy theories about Jewish people controlling the media, the weather, politics, the economy, and essentially the world are not new, they have been around for a long time. But they are dangerous and they are rooted in antisemitism: the idea of Jewish people being greedy and good with money is an antisemitic trope that dates back to the time in which they were forced to deal with money by Christians. Cannon also praised Louis Farrakhan, the Nation of Islam Leader, whose history with antisemitic comments is well documented. Ever since Trump’s reelection, we have seen antisemitic hate crimes rise, and just a little over a year and a half ago, we saw the Tree of Life Synagogue shooting, which took eleven lives.

Cannon was also criticized for saying that he could not be antisemitic because Black people are the true Semites. The term Semite is generally defined as “a member of any of the peoples who speak or spoke a Semitic language, including in particular the Jews and Arabs.” But the word antisemitism has a complicated history. The word was created in 1879 by a German agitator and the word is somewhat of a misnomer – although it seems like it could apply to all people who fall under the term Semite, it really was created exclusively to talk about the hatred against Jewish people. The term was coined in order to have a more scientific-sounding term for the German word Judenhaas or Jew-hatred; this is tied to the idea of scientific racism, something we have seen throughout the history of America to target Black and indigenous people.

The idea that Black people are the true Semites is also not new. It’s something that’s been said by the Black Hebrew Israelites as well. This group was designated as a hate group by the Southern Poverty Law Center for its antisemitic views. The Black Hebrew Israelites, along with the Nation of Islam, have a history of antisemitism, and Cannon touting their talking points and praising their leaders is dangerous.

When talking about Cannon, we need to deal with both white Jewish people’s antiblackness and antisemitism. There is definitely racism within the Jewish community among its white members, and this story amplifies it. Many white Jewish people are using this as a shield for their antiblackness, and many Black people are defending Cannon’s words and promoting his antisemitic conspiracy theories. This story highlights the divide between two communities when it should be a call for solidarity between them.

Cannon’s remarks and subsequent firing come shortly after DeSean Jackson came under fire for using a quote that was falsely attributed to Adolf Hitler and quoting Farrakhan, along with accusations that rapper Ice Cube perpetuated antisemitism through support for Farrakhan and antisemitic conspiracy theories. Jackson has apologized for his remarks, while Ice Cube has not.

Some people are defending Cannon, saying that he was fired for being an outspoken Black man and that he was only fired because of comments against white people. But Viacom’s statement clearly says that they severed ties with him due to his antisemitic comments. It’s important to note that reverse racism does not exist but antisemitism does. It is also important to realize that Cannon’s words are not just hurtful to Jewish people but they are particularly damaging to Black Jewish people, who already face discrimination from both the Jewish and Black communities. Twitter user @MalanasQueendom created a thread that explores both antiblackness and antisemitism, and the many ways in which they intersect. In the thread, Malana states that “I know lots of white Jewish people are racist. I know lots of Black people are anti-Semitic. I know these communities have hurt each other, and I know from personal experience it is much harder to be Black in the U.S. than it is to be Jewish. But all oppression is connected.”

My partner and I were just discussing how a lot of Black people don't have the education around anti-Semitism to fully get why Nick Cannon's rant was messed up. So let me be your Black & Jewish educational fairy godmother

Over DM, Malana told BUST about her experience as a Black and Jewish person, and she gave us some insightful information about the intersections of the two identities. She ended up making a thread of her DMsand talked about her very personal experiences with both antisemitism and antiblack racism.

"But this is not a zero sum game where only Jewish people or only Black people should get justice, reparations, or love. The enemy is not each other, it is white supremacy," Malana wrote in her thread.

Malana also told BUST that her thread was not the textbook. "I was bombarded with comments saying something along the lines of 'But Jewish people have it better than Black people so why is this even important?'" she wrote. "For most of racialized history (starting with the inquisition, or with colonization, or even with the invasion of Ireland), Black people and indigenous people have been the absolute bottom of the white supremacy ladder. That doesn't mean Black people should use an anti-Semitic rung on the ladder to try to pull ourselves inches closer to the top."

Lots of people have asked me questions along the lines of "But Jewish people have it easier than Black folks- why bother with anti-Semitism?" Or me "Why haven't you talked about racism in Jewish communities though?" I offer you this anecdote I just told a reporter (Thread)

Not long after Cannon was fired, Kareem Abdul-Jabbar wrote an op-ed for The Hollywood Reporter asking where the outrage for the antisemitic comments was. Abdul-Jabbar wrote, “The lesson never changes, so why is it so hard for some people to learn: No one is free until everyone is free. As Martin Luther King Jr. explained: ‘Injustice anywhere is a threat to justice everywhere. We are caught in an inescapable network of mutuality.’ So, let’s act like it. If we’re going to be outraged by injustice, let’s be outraged by injustice against anyone.”

This was mostly well-received, although Ice Cube tweeted out that The Hollywood Reporter had given “Kareem 30 pieces of silver to cut us down without even a phone call,” which led people to accuse him of further antisemitism. Suggesting that Abdul-Jabbar was paid to defend Jewish people against antisemitism furthers the antisemitic trope that Jewish people control the media. It’s also no mistake that Ice Cube used the phrasing “30 pieces of silver,” as that phrase is connected to Judas who sold Jesus out for that amount of money. It also references Jesus’s death, another antisemitic trope where people claim that the Jewish people killed Jesus.

Jemele Hill also wrote an article following the DeSean Jackson incident for The Atlantic where she stated that “DeSean Jackson’s Hitler moment—and mine—showed that Black Americans’ experience of racism doesn’t automatically sensitize us toward other forms of prejudice.”

We need white Jews to stand up for Black lives and confront their own antiblackness, especially towards Black Jewish people and Jews of color. Tikkun olam – a concept in Judaism that translates into "repair the world" – means that we have to be antiracist, even when some people from the Black community promote antisemitism. Our support for Black lives cannot be conditional. We cannot use Cannon's remarks and an excuse to further our community's antiblackness.

it's a really exhausting time to be black and jewish right now because black goyim REFUSE to acknowledge nick cannon's antisemitism, and white goyim ONLY care about what he said about white people & want to use jews as a shield for their antiblackness https://t.co/v7QtMAdqrr

Cannon has since apologized for his remarks and promised to do better, which is commendable. But the problem is much bigger than just his comments. The problem is with the white Jewish community’s antiblackness and the pervasiveness of antisemitism. Both antisemites and racists uplift white supremacy, and a step towards defeating it is solidarity between Black people and nonblack Jewish people, and — most importantly — support for Black Jewish people. Historically, the relationship with the Black community and the Jewish community has been complicated: there has been a mix of solidarity, conflict, and controversy. We need to listen to Jewish people of color, specifically Black Jews, who have the unique lived experience of facing both antisemitism and antiblack racism.

Dear everybody talking about relations between white Jews and gentile Black folks again: Defer to Black Jews when it comes to the intersection of antiblackness, antisemitism, and white colonial supremacy. We are the experts.

We need to uplift the voices of Black Jewish activists like Dr. Chanda Prescod-Weinstein, April N. Baskin, Michael W. Twitty, Malana Krongelb, MaNishtana, Bentley Addison, Rebecca Pierce, and more. The problems of antisemitism and antiblack racism will not go away, especially if we don't all come together to defeat white supremacy.