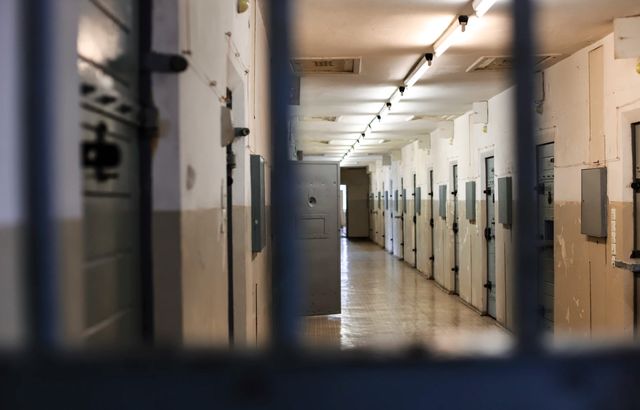 Since the murders of Breonna Taylor, George Floyd, Tony McDade, and a number of other Black Americans at the hands of law enforcement officers — as well as the subsequent global movement calling for an end to police brutality and systemic racism — discussion surrounding the prison industrial complex and prison abolition has seen a resurgence. While the United States prison system has many faults, perhaps the main point addressed within the Black Lives Matter movement today is the fact that the prison system, as it stands, not only allows for a disguised form of modern-day slavery but is steeped in racism and white supremacy.

The 13th Amendment to the U.S. Constitution, which was signed in 1789, banned all forms of slavery and involuntary servitude except in the form of punishment for crime. On top of the fact that the modern-day policing system derived from the “Slave Patrol” of the early 1700s, the U.S. Prison System continues to perpetuate slave labor and is upheld by racism. According to the NAACP, there are 3 million people in U.S. jails and prisons today, making up about 25 percent of the global prison population. And despite the fact that Black and Latinx Americans only make up about 32 percent of the U.S. population, they make up about 56 percent of the U.S. prison population, with Black Americans being incarcerated at 5 times the rate of white Americans. This is largely due to over-policing in Black and Brown neighborhoods, the school to prison pipeline, mandatory sentencing, and a variety of other facets of institutional racism.

The history of racism within our nation’s prisons is complex and can be better explained in texts that help make a case for prison abolition, like 2003’s Are Prisons Obsolete? by feminist and civil rights activist Angela Davis. But as national and global consciousness on systemic racism and the prison system grows there is something we are continuously leaving out of the conversation: womxn. When we talk about the prison system, much like when we talk about police brutality, the conversation mostly revolves around men. While men of color are more frequently the victims of police brutality, the #SayHerName campaign urged us to remember the dozens of Black women who have lost their lives at the hands of law enforcement as well. Similarly, the conversation around prison abolition largely focuses on the men who are currently incarcerated. However, there are more than one million women caught up in the prison/probation system in the United States today. 67 percent of all women in U.S. prisons are women of color.

Survived and Punished, a nonprofit organization on a mission to put an end to custodial sentences for victims of sexual assault and domestic abuse, released a set of statistics on race, gender, and incarceration that expose the ways in which women and members of the LGBTQ+ community are treated within the prison system, with a particular focus on the ways WoC are targeted. These stats prove that prison abolition is not just a racial justice issue, but a feminist issue as well. (And, of course, if you're doing feminism right, those two issues are one and the same.)

These statistics also give you an idea of how prisons are overwhelmingly upheld with racism and gender-based & reproductive violence. We must #FreeThemAll #TowardAbolition

Thank you for all your work @survivepunish!https://t.co/PDm1gzb6eY

Black women are 4.5 times more likely to be incarcerated than white women, with 67 percent of women in the United States Prison System being women of color. The racial disparities within the prison system, however, do not end there. In states like Montana, where Indigenous women make up for about 6 percent of the entire population, they account for a stunning 25 percent of the women’s prison population.

Transgender Women In The Prison System

The Survived and Punished stats also discuss the ways in which transgender women are acutely impacted by the prison system, finding that transgender individuals were victimized at ten times the rate of cisgendered individuals. Nine out of ten respondents to the 2015 U.S. Transgender Survery who reported involvement in sex work cited harassment, assault, and mistreatment at the hands of the police. Out of the over 3,200 transgender people serving time in U.S. prisons between 2011 and 2012, 40 percent of them reported experiencing assault or abuse by both fellow inmates and staff.

Among the reports of sexual assault, studies have found that LGBTQ+ immigrants are 15 times more likely than fellow detained people to be sexually assaulted, with at least 200 incidents of abuse being reported between 2008 and 2014. Out of a survey of Latinx immigrant trans women in Los Angeles California, most of whom were undocumented, 25 percent reported sexual assault at the hands of law enforcement agents.

A California study also found that 38 percent of LGBT and GNC youth in juvenile detention had previously been removed from homes because someone was hurting them. This compares to a 25 percent rate of those who are not part of the LGBTQ+ community. As a whole, 84 percent of girls in juvenile detention centers experienced family violence prior to being detained.

1.3 million children in America have mothers who are in jail, with 70 percent of people in women’s prisons being mothers. In an astonishing 33 states, it is legal to shackle a pregnant person while she is giving birth.

Survived and Punished adds that domestic violence in itself is reproductive violence, citing that 324,000 women each year report sexual or physical abuse by intimate partners.

Finally, the main issue Survived and Punished advocates for are victims of sexual assault and domestic abuse who are wrongfully placed in prison as a result of their experiences with abuse, or for killing/injuring their abusers in an act of self-defense.

Survived and Punished found that women and girls who are the victims of abuse are more likely to be incarcerated than those who are not. In many states, police are required to arrest both parties when responding to a domestic violence call. In Los Angeles, California, and Maryland, the number of women arrested for domestic violence tripled following the enactment of these mandatory arrest policies. As another result of this, many young girls are arrested due to fights in their homes when they are defending themselves or as part of a pattern of violence among family members.

Of course, an issue that is becoming increasingly discussed is the need to free incarcerated women who have been arrested for killing their rapists, abusers, and captors, and to prevent women who have to do so from being incarcerated in the first place. Many states have policies in place known as Stand Your Ground laws. These laws “allow someone to use force in self-defense when there is reasonable belief of a threat, without an obligation to retreat first.” You might recognize the name of this law from the Trayvon Martin case or, more recently, the case of Ahmaud Arbery. After the wrongful murder of the young Trayvon Martin by a racist man who claimed self-defense, Georgia tried to change their Stand Your Ground law in order to see that Martin’s killer was charged for what his actions truly were: murder. But they were unsuccessful. More recently, Gregory and Travis McMichael, who shot and killed Ahmaud Arbery while he was running, attempted to argue that they were acting out of self-defense, too. Both McMichaels have been charged with murder for Arbery’s death, but the Martin case and countless others show just how frequently white men are justified for acting under Stand Your Ground laws when their actions do not, in fact, stem from an immediate threat or danger, but stem from racist beliefs.

What is interesting about these same laws, however, is how women are treated when they actually act out of self-defense against their abusers in the very same states in which Stand Your Ground laws allow for racist violence to take place. In 2014, MSNBC did a study on the ways women are unfairly incarcerated after exercising their right to self-defense following the potential 60-year-sentence of a Florida woman named Marissa Alexander who reportedly issued a warning shot against her abusive husband. What they found showed how unfairly women, and especially women of color, are charged when using self defense against their abusers. The stats showed that 13 percent of women who killed Black men were likely to be found justified compared to 5.7 percent of Black women who killed Black men, 2.9 percent of Black women who killed white men, and 2.6 of white women who killed white men.

Survived and Punished note not only how women are treated within the criminal justice system when handling cases of domestic violence and sexual assault, but how this violence is perpetuated within the prison system itself. According to the stats, 79 percent of women in federal and state prisons reported physical abuse and over 60 percent reported past sexual or physical abuse before being incarcerated.

To add to this, The Bureau of Justice Statistics found that, of 539 corrections officers and other prison staff implicated in 508 substantiated incidents of sexual misconduct in 2004, only 36 percent were referred for prosecution. 55 percent were discharged, 9 percent were disciplined but not discharged. In 2002 alone, there were 400 cases of sexual misconduct by police officers, only 25 percent of which resulted in sanctions for the officers responsible.

Survived and Punished’s charts on race, gender, and incarceration show that the fight for prison abolition must include women and members of the LGBT+ community — and our feminism must advocate for all womxn, including those who are unfairly impacted by the criminal justice system.