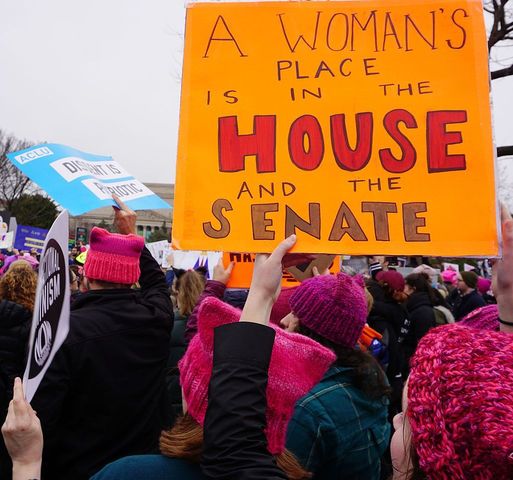 In 2018, we saw an election with a record-breaking number of women running for office. This year, that record has been broken once again. According to The Hill, over 570 women are running for office during the 2020 election.

One of the reasons that Republican woman candidates might be increasing is because the Republican Party has faltered when it comes to the female voter base since 2016, and this is their way of trying to get back lost ground with the female voters. According to recent polls, Biden is leading Trump among women.

Of the female candidates, 104 are running as incumbents such as Alexandria Ocasio Cortez, Rashida Tlaib, Ayanna Pressley, and Ilhan Omar, who all ran in 2018. These four congresswomen also make up what is known informally as “The Squad.”

Despite this achievement, women still make up less than a quarter of Congress.

Tags: House of Representatives , female candidates , Senate , Congress , women candidates , politics
Support Feminist Media!
During these troubling political times, independent feminist media is more vital than ever. If our bold, uncensored reporting on women’s issues is important to you, please consider making a donation of $5, $25, $50, or whatever you can afford, to protect and sustain BUST.com.
Thanks so much—we can’t spell BUST without U.