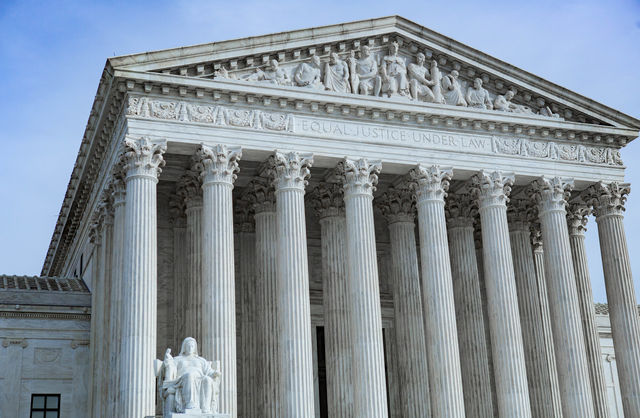 In a 5-4 decision on Thursday, the Supreme Court ruled that much of the state of Oklahoma is Native territory. This ruling means that only federal authorities, as opposed to state prosecutors, can charge Native people who have committed serious crimes on the land. The decision upholds an 1833 treaty that promised about half of Oklahoma's land to Native tribes.

The four liberal justices and Justice Neil Gorsuch ruled in favor of this decision, with the other four conservative justices dissenting. Gorsuch wrote the majority opinion, stating, “Oklahoma replies that its situation is different because the affected population here is large and many of its residents will be surprised to find out they have been living in Indian country this whole time. But we imagine some members of the 1832 Creek Tribe would be just as surprised to find them there.”

The argument for these two men was that the state of Oklahoma had no right to prosecute them, since these crimes happened on Native land. If a crime happens on a reservation, that means that the state holds no prosecutorial jurisdiction, and only the tribe or the federal government does. The Supreme Court ruled in favor of this, saying, “Today we are asked whether the land these treaties promised remains an Indian reservation for purposes of federal criminal law. Because Congress has not said otherwise, we hold the government to its word.”

Because of this ruling, people who were charged by state prosecutors for crimes committed on Native land will have to be tried by federal or tribal prosecutors.

Its raining in Eastern Oklahoma. Hard. After weeks of drought.

The Supreme Court ruling on tribal sovereignty is "probably the most important Indian law case in the last half a century," says lawyer @sarahdeer, a citizen of the Muscogee (Creek) Nation. "The language of the decision itself goes far beyond Oklahoma." https://t.co/LKjWuF2XZt pic.twitter.com/vosCOvneTS

This ruling ensures that Oklahoma's government will honor the treaty, and prevents the state from prosecuting Native people on what is now officially — and always has been — their land.