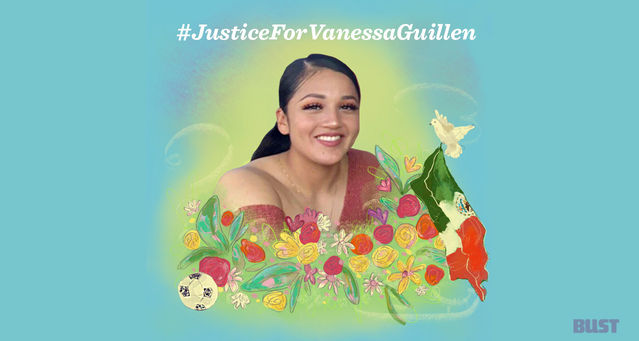 “I feel an empty presence in my chest,” Marya Guillen, older sister to Vanessa Guillen, told The New York Times. “And for my mom, it’s hard to accept. But she knows that heaven has an angel.”

Vanessa Guillen was an Army Specialist at Fort Hood in Texas who went missing on April 22. After two months of searching, on June 30, her remains were found in a shallow grave near the fort, according to CNN. An autopsy showed that Guillen was bludgeoned to death with a hammer in the armory room of the fort.

So far, there is one clear suspect in the case: Aaron David Robinson, who died by suicide last week. Guillen’s family alleges that Guillen was planning on filing a sexual harassment complaint against Robinson before she died, which could have been a motivation for him to kill her, according to CNN.

Sexual harassment and assault are a big problem in the military. As a still male-dominated institution with few women in leadership roles, accountability for sexual misconduct is low.

Smithsonian Magazine found that 66 percent of military women have experienced sexual assault or sexual harassment, as reported in BizWomen. And these are likely just a fraction of the misconduct that happens, while many others go unreported. For many women, the military can be a harsh environment where rape jokes, sexism are tolerated; Smithsonian Magazine also found that 68 percent of military women say they have experienced gender discrimination.

Unfortunately, there is still an incredible lack of accountability. There are many people, including military leaders, who write off sexual assault as “boys being boys.”

One of which happens to be the president.

26,000 unreported sexual assults in the military-only 238 convictions. What did these geniuses expect when they put men & women together?

One such person, retired Col. of the U.S Air Force and current UW-Milwaukee professor Betsy Schoeller, shares the sentiment. Schoeller commented on a post with a link to Guillen’s story saying “You guys are kidding, right? Sexual harassment is the price of admission for women into the good ole boy club. If you're gonna cry like a snowflake about it, you're gonna pay the price,” according to a petition to have Schoeller fired. 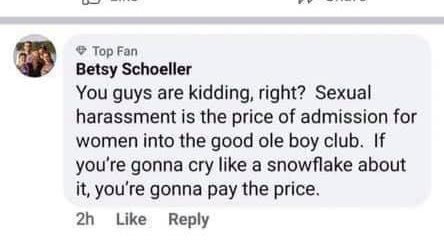 Guillen’s death has led to a nationwide call to investigate the military’s response and change its treatment of sexual harassment and assault.

So you’re telling us #vanessaguillen body was found IN WET CONCRETE and the suspect shot himself? And now her friend who started the find Vanessa movement is now DEAD DUE TO A CAR “ACCIDENT”?? This is not sitting right with me. The Army is covering something.

Many women have also come out in support of Guillen by sharing their own stories of assault in the military and what was (or, more often, wasn’t) done about it.

I joined the army at 17. I was raped at 19. I tried to report it 2 hrs after it happened. I was told "regret after sex isn't rape" and then was threatened by my COC to shut up or face UCMJ.
He raped several other females on base.
None of us ever got justice.#IAmVanessaGiullen

WE NEED TO SPREAD AWARENESS ABOUT SEXUAL ASSAULT IN THE MILITARY!!!! THE COUNTRY WE ARE PROTECTING DOES NOT PROTECT US. #VanessaGuillen #IAMVANESSAGUILLEN pic.twitter.com/AAqI86M3zq

Guillen’s mysterious death is similar to something that happened in 2005 to Army Private LaVena Lynn Johnson. Johnson was found dead in her tent while serving in Iraq. Although the army ruled the death as a suicide, there was evidence of rape, battery, and mutilation on her body, according to Protect Our Defenders.

“My sister’s a human being, and I want justice, and I want answers,” said Vanessa’s younger sister, Lupe Guillen, at a press conference, according to The New York Times.

Thankful for my sistas ?