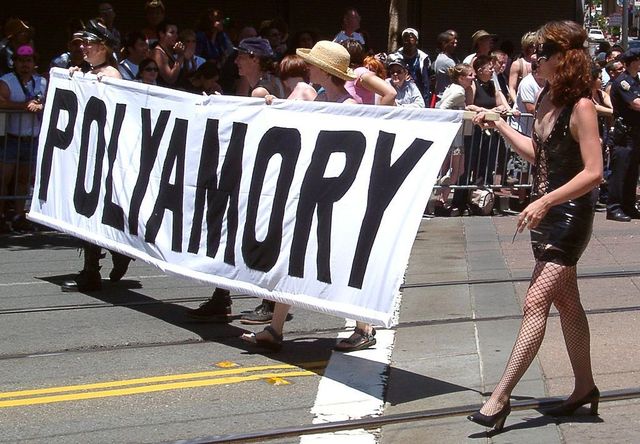 Domestic partnerships give couples some marriage rights and now couples that have more than two persons may enjoy those same rights. City Councilor Lance Davis said that this legislation originally started out solely to draft an ordinance recognizing domestic partnerships as Somerville didn’t have one. Davis said that fellow councilor J.T. Scott reached out to him and asked, “‘Why is this two?’ And I said, ‘I don’t have a good answer.’ I tripped over my words a bit, and played devil’s advocate, but I had no good reason. So, I pulled it out, went through quickly making whatever word changes necessary to make it not gendered or limited to two people.”

According to NBC Boston, the safety restrictions imposed during the COVID-19 pandemic also led the city to this historic move. “They were having a hard time visiting their loved ones in the hospital, you know they weren’t married. During COVID-19, this obviously became more of a concern,” said Davis.

Are you wondering what polyamorous relationships and domestic partnerships are? Polyamory is usually defined as the practice of having multiple consensual relationships -- it has also been called consensual nonmonogamy. According to Rolling Stone, “It’s estimated that 4 to 5 percent of people living in the United States are polyamorous — or participating in other forms of open relationships — and 20 percent of people have at least attempted some kind of ethical non-monogamy at some point in their lives.” According to The Advocate in a survey of polyamorous individuals done in 2012, “essentially half of the respondents (49.5 percent) identified as female, while only 35.4 percent identified as male.”

This is a huge move for the city and the country, as virtually all other cities don’t have any provisions recognizing polyamorous relationships. Andy Izenson is a family law attorney who works for the Chosen Family Law Center, a “nonprofit corporation dedicated to cultivating equitable social and legal recognition of Lesbian, Gay, Bisexual, Transgender, Queer, Intersex, and Asexual (LGBTQIA) and polyamorous families and individuals, as well as other underserved family forms such as platonic co-parents or multigenerational families.” According to the Somerville Journal, Izenson said it was the first time that they had seen a municipality do anything like this and they think that “it’s pretty amazing – strategies like this are the best chance we have of moving towards a legal understanding of family that’s as comprehensive as it needs to be to serve all families. I’ve seen a few other small-scale or local entities that have taken steps towards recognizing that relationships between adults are not only between two adults, but this is the first time I have seen this strategy brought to fruition.”

We hope that other municipalities follow suit and start legally recognizing people in polyamorous relationships as domestic partnerships. It is a historic move and one that will certainly change the way in which people think about partnerships and monogamy.

What I Learned From My Polyamorous Relationships: BUST True Story

'Unicornland': A Webseries About Polyamory That Puts Single People In The Spotlight

"Professor Marston And The Wonder Women" Is A Traditional Romantic Dramedy—With Polyamory: Review

Tags: Polyamorous , Somerville , Massachusetts , Polyamory , Relationships , Domestic Partnerships
Support Feminist Media!
During these troubling political times, independent feminist media is more vital than ever. If our bold, uncensored reporting on women’s issues is important to you, please consider making a donation of $5, $25, $50, or whatever you can afford, to protect and sustain BUST.com.
Thanks so much—we can’t spell BUST without U.