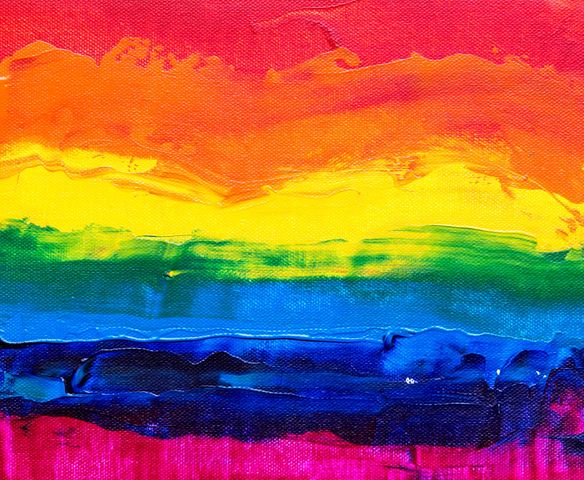 It would be an understatement to say that this Pride month has been a little different: coinciding with a global pandemic and the surge of activism following the murder of George Floyd, Pride celebrations took on a different character as queers charged, masks on and protest signs in hand, to support the Black Lives Matter movement and the Black members of the community.

One important aspect of this year’s Pride month is that it has centered Black and Latinx queer and trans womxn voices. Hundreds of LGBTQ+ activists and community members took to a “Reclaim Pride” march in Chicago, recognizing Black and brown (especially transgender) activists in the history of the LGBTQ+ rights movement. Activist Marsha P. Johnson got a special shout out from Google, which unveiled a new logo illustration bearing her face beside a blaze of Pride and trans flags. Grindr celebrated by making donations to the Masha P. Johnson Institute and Black Lives Matter.

While we reflect on and thank the activists who have helped built the LGBTQ+ movement, it also brings up the question – who is keeping the movement alive? Here’s a list of a few queer activists who are fighting on the frontlines today.

Another day in meetings and speaking truth to power!

LaSaia Wade is an Afro-Puerto Rican indigenous trans womxn and activist of many talents. She is the founder of the Tennessee Trans Journey Project and a member of the Chicago Trans Gender-Nonconforming Collective and the Trans Liberation Collective. She is also the Director of Brave Space Alliance: the first Black-led, trans-led LGBTQ+ center located on the South Side of Chicago. It is dedicated to creating resources, programming, and services for LGBTQ+ individuals on the South and West sides of the city.

Some of y’all [may] remember this screencap if u been here for a while - it’s from a video called Don’t Cash Crop My Cornrows about cultural appropriation that I made in my junior year of high school. About a year later I saw a small clip of it included in a stirring video installation that poignantly conveyed the tragedies and triumphs of Black Life in America through a collage of footage set to Kanye West’s “Ultralight Beam”. That video was by artist Arthur Jafa and is called “Love Is The Message, The Message is Death.” He describes his piece as a love letter to black people and a prayer for black life. It pretty instantaneously became one of the most moving installation pieces I’ve experienced and I’m still so elated and honored to be a tiny piece of it. Starting tomorrow at 2 pm EST, thirteen art institutions around the world will stream it for 48 hours. Which I’m..pretty sure is unprecedented? (Art people, this y’all world lol) I don’t think it’s often we get to experience these sorts of pieces outside of museums, not to mention that the museum was not a space built for us. So this weekend will be a really beautiful opportunity for black people to access Arthur Jafa’s work - if u make ur way over to the second slide you can find all the available streaming platforms ?

Although most people know her for her roles in The Hunger Games and The Hate U Give, Amandla Stenberg is more than just an actress: she’s an outspoken activist for the LGBTQ+ community and racial justice. In 2015, Stenberg went viral over a school project, a video called “Don’t Cash Crop My Cornrows” that brilliantly explains cultural appropriation. You can join her mass of devoted followers on social media, where she advocates for intersectional feminism and queer identity. For her activism work, The Human Rights Campaign has honored her with the Visibility Award, recognizing her presence in Hollywood as a role model for other queer individuals. She was also named one of TIME’s  Next Generation Leaders. 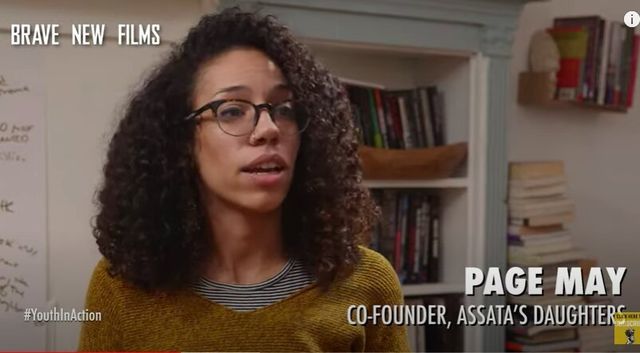 Page May is a Black queer womxn living as an organizer, educator, and abolitionist in Chicago. Page began her activist work around agriculture and food in Chicago and then focused her activism around prisons and police, joining the effort We Charge Genocide. She is the co-founder of Assata's Daughters (AD), an intergenerational organizing collective of radical Black womxn located in the city of Chicago. AD was founded by Black womxn, femmes, and gender non-conforming people to carry on the tradition of radical liberatory activism encompassed by Assata Shakur, to train up others in the radical political tradition of Black feminism and to learn how to organize on the ground around the demand for Black liberation, particularly in the demand for abolition.

Will be giving a day-long training on Transformative Justice in DC on 8/15. if you’re in DC and interested in seriously building TJ in your community, would love to see you. . All are welcome and would specifically love to connect with POCs who are willing and have the capacity to (continue to) help build TJ in the DC Area for the long haul. If that’s you, DM me. Have already connected w great folks. Want this to concretely serve DC TJ work as best it can. ? . This is a part of Woodhull's Sexual Freedom Summit 2019: Thursday, 8/15 all-day Institute "Transformative Justice: An Introduction" to learn about transformative justice and how to begin thinking about community-based responses to violence. Please direct questions about institue/summit to Woodhull. . register here: bit.ly/SFS19Tix (link will also be in my “upcoming” highlight on my profile.) . [Photo of Mia Mingus, a queer disabled korean adoptee, from the waist up, smiling at the camera, wearing glasses, a grey t-shirt, large silver hoops, with cacti and trees in the background.] . #TransformativeJustice

Mia Mingus is a writer, educator, and community organizer for disability justice and transformative justice, which center the voices of WOC and queer communities. She identifies as a queer, physically disabled, Korean transracial, and transnational adoptee raised in the Caribbean. In her own words, she works for community, interdependence, and “home for all of us, not just some of us, and longs for a world where disabled children can live free of violence, with dignity and love.” You can read her writing here. 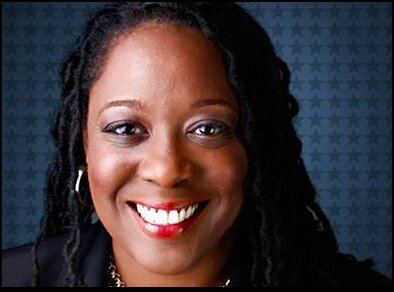 Simone Bell served in the Georgia House of Representatives from 2009 until 2015 and was the first openly Black lesbian to serve on a state legislature. Simone advocated for LGBTQ+ and HIV-affected communities through her work at the Atlanta Lesbian Health Initiative and Lambda Legal, where she mobilized the LGBTQ+ community to increase rights around healthcare, safe schools, housing, and the recognition of relationship status. She now works as the Interim Executive Director for the Philip Rush Center in Atlanta, which is a multi-tenant mixed-use facility for LGBTQ+ community members.

13 Queer And Trans YA Books That Actually Have Happy Endings

Tags: WOC , Queer , Womxn , Activism , LGBTQ+ , activism
Support Feminist Media!
During these troubling political times, independent feminist media is more vital than ever. If our bold, uncensored reporting on women’s issues is important to you, please consider making a donation of $5, $25, $50, or whatever you can afford, to protect and sustain BUST.com.
Thanks so much—we can’t spell BUST without U.