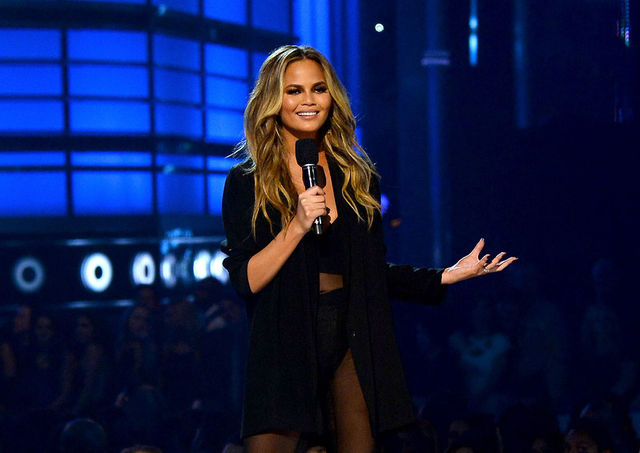 Chrissy Teigen recently posted a photo to Instagram to her over 30 million followers in which she was wearing a protective face mask while waiting for her smear test. In the caption, Teigen told her followers, “Don’t forget to keep up with your paps and have your boobs touched even though the world is ending!”

don’t forget to keep up with your paps and have your boobs touched even though the world is ending!!

The message from her post was positively received by her fans. One user commented, “Cervical cancer survivor/warrior here! Get your PAPS!” And another thanked Chrissy for the reminder by saying, “So true! Regular screenings helped my mom find her cancer when it was treatable 20 years ago! Thanks for the reminder!”

Dr. Brooke Vandermolen, an OBGYN, commented, “Thanks for spreading such an important public health message! The impact of this pandemic on cancer diagnosis and treatment is truly terrifying. Don’t forget to see your doctors if you need to!”

Teigen’s advice comes amid the coronavirus pandemic and charities have estimated that at least one million women may have had cervical screening appointments canceled or delayed as a result of the pandemic. It is recommended that women undergo a pap smear once every three years once they turn 21.

While most non-emergency examinations and procedures were canceled amid the start of the pandemic, some health care centers are opening with social distance measures in place. It’s important to take charge of your health and get your screenings, but it’s also important to take into account the risks and benefits that come with being screened.

Once again, Chrissy Teigen comes in with the best advice.

We Tried 8 Period Tracking Apps — Here's How They Held Up

Tags: Chrissy Teigen , pap smears , reproductive health , cervical cancer , screenings
Support Feminist Media!
During these troubling political times, independent feminist media is more vital than ever. If our bold, uncensored reporting on women’s issues is important to you, please consider making a donation of $5, $25, $50, or whatever you can afford, to protect and sustain BUST.com.
Thanks so much—we can’t spell BUST without U.