The Supreme Court Just Struck Down A Louisiana Abortion Law 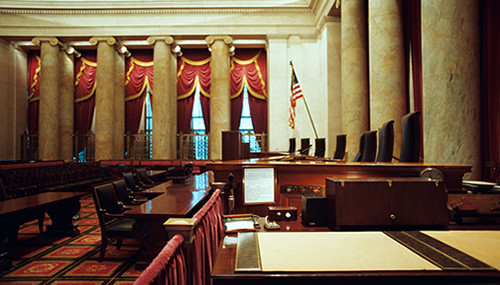 On June 29, the Supreme Court overturned a law that restricts abortion access in Louisiana. The Los Angeles Times reported that the law was expected to close all but one of the abortion providers in the state, since it requires that doctors obtain credentials to admit patients at nearby hospitals, making it harder for patients and clinics in rural areas to receive and perform abortions.

Abortion advocates refer to these types of admitting privileges as “TRAP laws,” which impose burdens on clinics under the guise of making abortions safer, even though they do very little to improve health outcomes. Lawyers for Louisiana claimed that the law ensures patients are being treated by competent doctors and that they could be efficiently transferred to a hospital if necessary. First of all, since early abortions are very safe, patients are rarely sent to the hospital. Second, since abortion is a controversial issue, especially in rural areas, some hospitals are wary of affiliating themselves with doctors that perform abortions. So in effect, this law is just another abortion barrier.

The ruling was 5 to 4, with Chief Justice John G. Roberts Jr. voting with the liberal justices on the court. Over the last two weeks, John Roberts has sided with the court’s liberal minority on job discrimination against LGBT+ workers and upholding the Deferred Action for Childhood Arrivals (DACA) program.

This was the Supreme Court’s first abortion ruling since Trump’s appointees, justices Neil Gorsuch and Brett Kavanaugh, took their seats. Many saw the appointment of Kavanaugh as a threat to Roe v. Wade after Justice Anthony Kennedy, who often voted to protect abortion rights, left the court in 2018.

However, just because Roberts voted to protect abortion in this instance doesn’t mean he’s pro-choice, nor does it mean he would vote to uphold Roe v. Wade if it came down to it. Four years ago the court voted on an almost identical case in Texas, Whole Woman’s Health v. Hellerstedt. Roberts voted in favor of the law that restricted abortion access in Whole Woman’s Health even though he voted to overturn a nearly identical law this time around.

“I joined the dissent in Whole Woman’s Health,” he wrote, “and continue to believe that the case was wrongly decided. The question today, however, is not whether Whole Woman’s Health was right or wrong, but whether to adhere to it in deciding the present case.” So for Roberts, this isn’t about an individual’s right to choose, but about precedent.

He concluded that the principle of stare decisis, a doctrine that compels courts to rule synonymously with earlier decisions, led him to make his decision. “The Louisiana law imposes a burden on access to abortion just as severe as that imposed by the Texas law, for the same reasons. Therefore Louisiana’s law cannot stand under our precedents.”

I recommend watching this short video to remind ourselves what the makeup of the Supreme Court means for Roe v. Wade and abortion access in general!