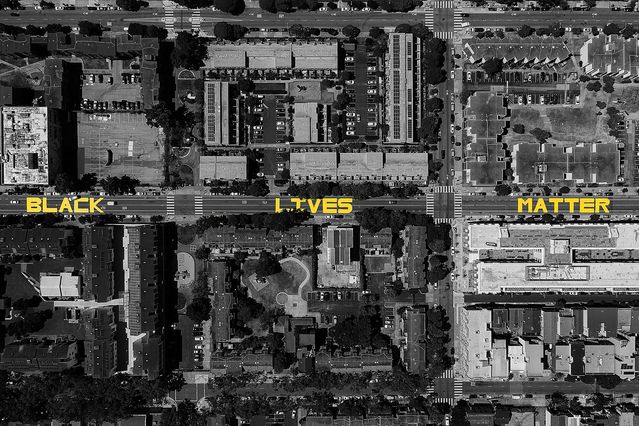 Following many other shows, Hulu pulled an episode of Golden Girls for referencing blackface. In the episode, Dorothy was introduced to her son's fiancée, an older black woman. Blanche and Rose donned mud masks when they met the fiancée for the first time. "This is mud on our faces. We’re not really black." Rose says in the episode.

A lot of comedy shows from the early 2000s and 2010s have been reexamining their racist episodes. A few episodes from Scrubs that also featured blackface were taken down from the streaming platform Tuesday night at the request of producers with the support of the studio. The episode “Advanced Dungeons & Dragons” from Community has also been removed from streaming services, as the character Ben Chang (portrayed by Ken Jeong) dresses up in full-body black makeup and a white wig during a game. Chang calls himself a “dark elf or a drow” as he tries to cosplay as his character, but his fellow classmates call his look a “hate crime.”

Tina Fey of 30 Rock, explained her decision to remove the episodes that featured blackface, "As we strive to do the work and do better in regards to race in America, we believe that these episodes featuring actors in race-changing makeup are best taken out of circulation. I understand now that 'intent' is not a free pass for white people to use these images." The comedian continued: "I apologize for [the] pain they have caused. Going forward, no comedy-loving kid needs to stumble on these tropes and be stung by their ugliness."

A scene from The Office where a character appears to be in blackface has also been edited out. The show’s creator Greg Daniels issued the following statement regarding the scene, “The Office is about a group of people trying to work together with mutual respect despite the inappropriate actions of their boss and assistant manager. The show employed satire to expose unacceptable behavior and deliver a message of inclusion. Today we cut a shot of an actor wearing blackface that was used to criticize a specific racist European practice. Blackface is unacceptable and making the point so graphically is hurtful and wrong. I am sorry for the pain that caused.” Daniels said.

This also comes as famous cartoon shows like The Simpsons and Big Mouth are also making a statement by declaring, a little too late, that white actors will no longer be voicing characters of color and YouTubers Jenna Marbles and Shane Dawson recently came under fire for racist, and in Dawson’s case pedophilic, content.

Jenna Marbles announced that she will be leaving youtube to reflect on her past behavior. She said, "I wanna hold myself accountable and it's painful to do it and it's not fun and it hurts," she said during the final moments of a video titled "A Message,” "I'm ashamed of things I've done and said in my past but [this is] important. I hope this felt like something that you needed to hear from me. I'm not sure that I want to continue doing stuff on this channel and I don't wanna put anything out in the world that's gonna hurt anybody so I need to be done with this channel for now. Or forever."

Many people felt like the removal of these episodes was a way to trivialize the Black Lives Matter movement and cause while really companies were just trying to save themselves from being cancelled.

Yeah, these companies and media platforms are trivializing the situation by sending the message that our demand for justice is as petty as removing episodes of the Golden Girls off a streaming platform. This is a calculated effort to cheapen our message. https://t.co/iAr5oVazkT

Brands removing their problematic episodes feels like a way of equating Black Lives Matter with "cancel culture" to delegitimise the movement and court outrage. I haven't seen one placard in these marches saying "REMOVE EPISODE 323 OF THE GOLDEN GIRLS FROM HULU"

everyone: defund the police

everyone: no we said de—

everyone: that’s not wh—

everyone: what is happening

— every cop contribution is a policy failure (@aaronnarraph) June 28, 2020

Personally, I don’t think blackface should be used as the butt of any joke. It is hurtful and has such a vicious past in our country that we have never addressed that I don’t think it could ever be funny. While getting rid of these awful episodes from television is a good thing, it shouldn’t be the only thing that these companies do. They are doing the easy thing to address past wrongs.

These symbolic “victories” aren’t enough. To show their support for the movement, they need to do more. Instead of trying to protect themselves from past mistakes, they must advocate for our cause: police reform. To them, I say, make your actions more meaningful and lasting, don’t just get rid of detrimental failures, look towards the future. These production studios and streaming services must hire more black actors, writers, producers and directors and outwardly show their support for the Black Lives Matter movement and advocate for police reform. The time is now. Get with the program.

13 Queer And Trans YA Books That Actually Have Happy Endings