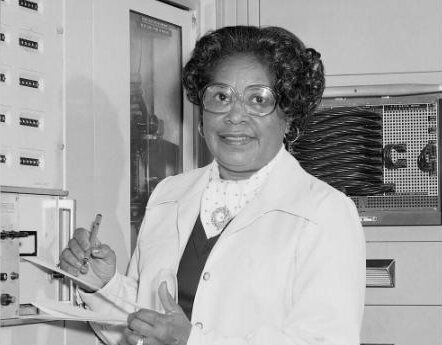 On June 24th, Mary W. Jackson, the first Black womxn engineer at NASA, got the recognition she deserves. NASA Administrator Jim Bridenstine announced that the agency’s headquarters building in Washington, D.C., will be renamed after her.

You may remember Jackson from Hidden Figures, the exhilarating science flick following the three Black womxn who were the brains behind NASA’s launch of astronaut John Glenn into orbit – one of them being Jackson, portrayed by Janelle Monaé.

Jackson was a #STEMsetter in a myriad of ways. “Mary never accepted the status quo, she helped break barriers and open opportunities for African Americans and women in the field of engineering and technology,” said Bridenstine. “Today, we proudly announce the Mary W. Jackson NASA Headquarters building. It appropriately sits on ‘Hidden Figures Way,’ a reminder that Mary is one of many incredible and talented professionals in NASA’s history who contributed to this agency’s success.”

Jackson was recruited by NASA in 1951, where she started as a research mathematician for Langley Memorial Aeronautical Laboratory’s segregated West Area Computing section. After two years in the computing pool, Jackson received an offer to work for engineer Kazimierz Czarnecki in the 4-foot by 4-foot Supersonic Pressure Tunnel, where she got hands-on experience conducting experiments.

Recognizing Jackon’s intellect and ambition, Czarnecki suggested that she enter a training program that would earn her a promotion from mathematician to engineer – but the classes required for this program were at a segregated high school. Not to be deterred, Jackson fought to receive special permission from the City of Hampton to get into the classroom. Like the badass science warrior that she was, Jackson completed the courses, earned the promotion, and in 1958 became NASA’s first Black womxn engineer – one of the few (if not the only) Black womxn aeronautical engineers in the field.

As her career matured, however, the patriarchy kicked in yet again and Jackson stopped receiving promotions. Seeing NASA’s resistance to hiring womxn, Jackson packed up her things and took a demotion to fill the open position of Langley’s Federal Women’s Program Manager, where she worked to influence the hiring and promotion of the next generation of all of NASA’s womxn mathematicians, engineers and scientists. Thank you, Mary W. Jackson!

She retired from Langley in 1985, adding to her resumé an Apollo Group Achievement Award and Langley’s Volunteer of the Year for 1976. In 2019, she was posthumously awarded the Congressional Gold Medal.

“We are honored that NASA continues to celebrate the legacy of our mother and grandmother Mary W. Jackson,” said Carolyn Lewis, Jackson’s daughter. “She was a scientist, humanitarian, wife, mother, and trailblazer who paved the way for thousands of others to succeed, not only at NASA, but throughout this nation.”

Tessa Thompson, Issa Rae, And Over 300 Black Artists Call On Hollywood To Divest From Police