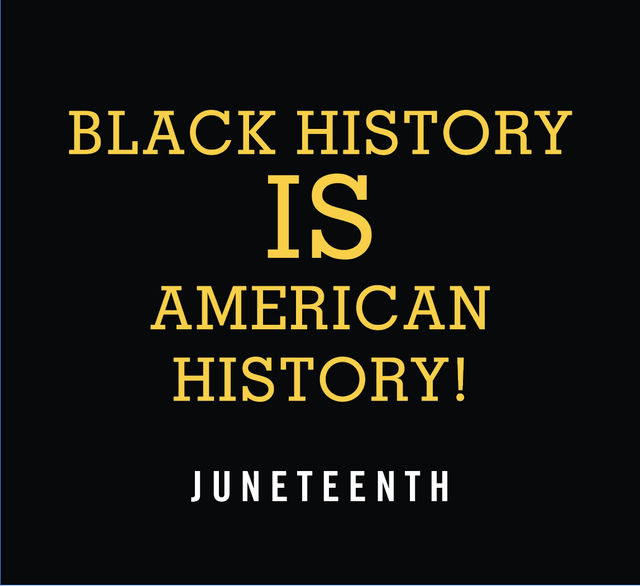 Today marks the 155th anniversary of Juneteenth, or Freedom Day, which commemorates the freeing of enslaved people in Texas. On June 19, 1865, General Gordon Granger arrived in Galveston, Texas in order to enforce the new amendment, the Emancipation Proclamation. While the Emancipation Proclamation had already been signed and in effect for a year and a half, it had very little effect on Texas and other Confederate states due to the fact that there weren’t many Union soldiers there to enforce it. People also tried to suppress the news of the Confederate loss and never informed the people that they enslaved that they had been freed.

After being freed, many formerly enslaved people celebrated their freedom with song, dance, prayers, and food. The following year in 1866 was the first official Juneteenth celebration. Juneteenth is seen as a day in order to celebrate the strength and resilience of Black people’s ancestors. Today, celebrations often include religious services, picnics, prayer, music, food, dancing, and educational events.

This holiday remembers the day in which people who were enslaved found out that they were free and were freed from slavery. Juneteenth became a holiday in the state of Texas in 1980 and is now recognized as a holiday in 47 states. Recently, there has been a push to make Juneteenth a national holiday in the United States. You can sign a petition in support of the idea here.

How can you celebrate Juneteenth this year? Don’t let a pandemic stop you from celebrating, because we found 10 different virtual events where you can celebrate along with other people while keeping safe during the age of COVID-19. All times are in the EST timezone.

Decompressing While Black: 10 Mental Health Resources for the Black Community

Tags: juneteenth , black , freedom , celebration , slavery , emancipation proclamation , history , news , events , Juneteenth celebration
Support Feminist Media!
During these troubling political times, independent feminist media is more vital than ever. If our bold, uncensored reporting on women’s issues is important to you, please consider making a donation of $5, $25, $50, or whatever you can afford, to protect and sustain BUST.com.
Thanks so much—we can’t spell BUST without U.