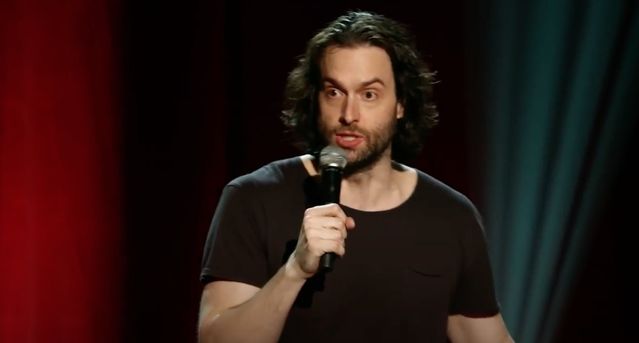 Famous actor and comedian, Chris D’Elia, has been accused of sexual misconduct and harassment involving multiple teenage girls. On Tuesday night, a woman, Simone Rossi, accused D’Elia of making advances toward her when she was 16 and he was 34.

Rossi started out by pointing out the irony that D’Elia had been cast as a pedophile in the Netflix series You. D’Elia plays Joshua “Henderson” Bunter, a comedian who is secretly a child molester. In an episode titled “To Friend A Predator” from Comedy Central’s Workaholics, D’Elia was also cast as a pedophile. Maybe he took these roles as a call for help or maybe he just did it because he’s a 40-year-old child groomer and predator, we’ll never know!

Then, Rossi revealed that D’Elia had groomed her as a 16-year-old. She posted screenshots of emails she says D’Elia sent her when she was 16 as part of a Twitter thread. The screenshots show messages from July 2014 and January 2015.

In the emails, D’Elia asks for a picture of Rossi. He wanted to meet up with Rossi because he was nearby in Tempe. It was later proven that he was performing at the Tempe Improv in Tempe, Arizona that week.

“For the longest time i thought it was embarrassing for ME that i was interacting with this older man but he was the one who DM’d me on twitter and was the one who was twice my age and was the one that used the power imbalance between us to his advantage so fuck chris d’elia,” she said in a follow-up tweet.

D’Elia was aware that Rossi was in high school because she shared her Instagram with him and he followed her. Rossi showed archived posts from her instagram at the time and you can see she was very clearly underaged. She talked about “football games and spirit days” on her page.

Rossi talked about the reason she came forward about the allegations. “For the longest time i thought this was just a funny story to tell at parties when i realized what happened isn’t normal and that he was and could still be doing this to younger girls and it’s my job to say something,” she tweeted. “Fuck you @chrisdelia and also @netflix i highly doubt casting this creep as a pedophile was a coincidence. at least i got to see him fake die.”

More allegations about D’Elia surfaced on Twitter after Rossi shared her story. D’Elia was accused of trying to make sexual advances and solicit nude photos from a 16-year-old. He was also accused of inviting a minor to “cuddle” with him in his hotel room when he was on tour.

Alright y’all, I went back to my 2011 Facebook messenger and found the DMs from Chris D’Elia being creepy and persistent to me when I was 17 (more in thread) pic.twitter.com/mGr0IikcJT

In April, D’Elia’s latest comedy special, Chris D’Elia: No Pain, debuted on Netflix. D’Elia denied the accusations, stating, "I know I have said and done things that might have offended people during my career, but I have never knowingly pursued any underage women at any point."

The U.N. To Host Special Session Next Week To Investigate Police Brutality In America

Decompressing While Black: 10 Mental Health Resources For The Black Community

Here’s How Community Members Of Spokane, WA Are Responding To The Aftermath Of The BLM Protests