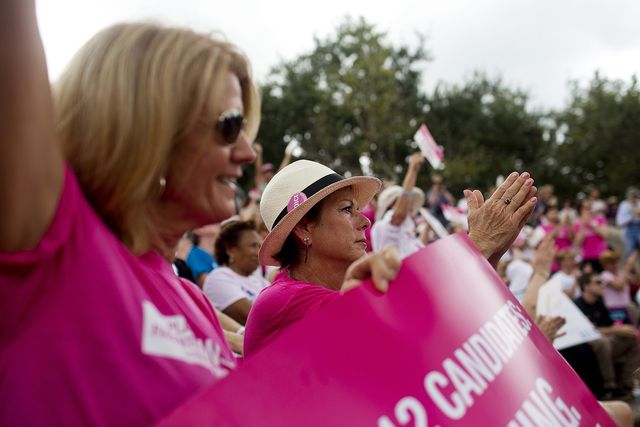 Here’s what we know about Joe Biden and abortion rights.

In 1977, he voted against a 1977 compromise that expanded Medicaid funding for abortions to survivors of rape and incest, in addition to individuals with health risks. In 1981, Biden voted again to remove the rape and incest exceptions in what was the most far-reaching ban on federal funds ever enacted by Congress. And in 1983, Biden voted to prohibit federal workers from using health insurance on abortion services, except in specific instances in which abortion would be physically life-saving.

For decades, he supported the Hyde Amendment, an amendment that has blocked federal Medicaid funding for abortion services. This means Medicaid won’t cover abortion, even when a patient’s health is at risk and their doctor recommends the procedure. This amendment not only restricts a woman’s right to choose, but it also endangers those who are lower-income, people of color, youth, and immigrants; all of whom disproportionately rely on Medicaid for their health coverage.

Overall, looking at Biden’s history, he has not exactly been our greatest ally when it comes to reproductive rights. He did, however, say that he would be “open” to reversing the Hyde Amendment if abortion access protected under Roe v. Wade became threatened. Well, ask and you shall receive. June of 2019 was met by an increase of near-total bans on abortion at the state level, enough to push Joe Biden to publicly reverse his position on the Hyde Amendment.

Even with this public reversal (which, conveniently, coincided with his 2019 election campaign), Biden’s turbulent history regarding reproductive rights is enough to make anyone a little queasy. That’s why it may come somewhat as a surprise that this week, Planned Parenthood came out with a public endorsement of Joe Biden.

However, looking towards the oncoming election cycle, this can only be identified as the marker of what’s to come in the fight for reproductive justice. PP’s got a game plan.

To keep up to date with Planned Parenthood and their strategy for the 2020 election, and details about their support for Joe Biden, you can read more on the Elections page of their website to get the latest info.

Tags: Joe Biden , Planned Parenthood , abortion , abortion , reproductive rights
Support Feminist Media!
During these troubling political times, independent feminist media is more vital than ever. If our bold, uncensored reporting on women’s issues is important to you, please consider making a donation of $5, $25, $50, or whatever you can afford, to protect and sustain BUST.com.
Thanks so much—we can’t spell BUST without U.