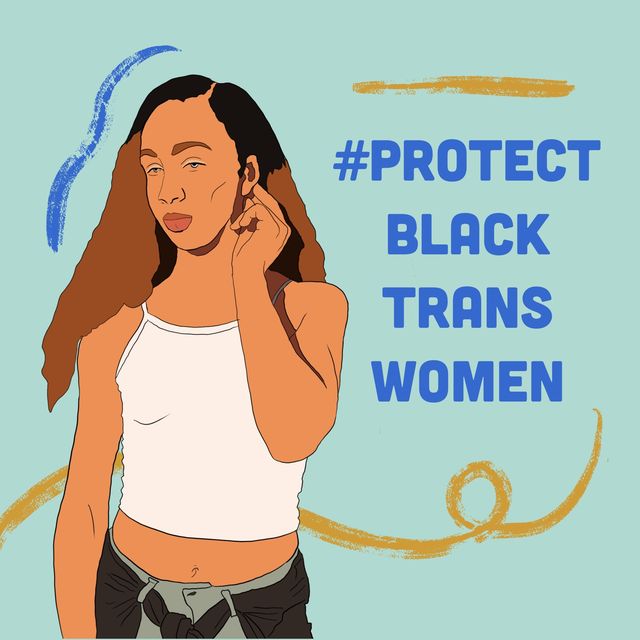 In the midst of the civil uprising of Black Lives Matter, on June 1, 2020, a Black trans woman was attacked in Minneapolis, MN. BUST has chosen to not embed or share the video as we do not wish to provoke pain or trauma, but it is widely available.

The trans woman in the video is 21-year-old Iyanna Dior. She was attacked by a mob of 20-30 mostly Black cis men in a Minneapolis gas station, reportedly after a fender bender. Dior was able to escape and has since spoken out.

In a post on her Facebook, she announced she needed time “to process everything that’s going on.” She wrote, “Thanks to everyone reaching out making sure I’m OK, Imma talk real soon.” She has also since changed her CashApp handle from $NajaBabiie to $IyannaDio.

Many notable Black trans activists and celebrities like Janet Mock, Ts Madison, Indya Moore, and Raquel Willis have spoken out in support.

#IyannaDior is a black trans woman who was brutally attacked as a crowd of cis black folks looked on (shoutout to the ONE good sis who tried to intervene). Folks stood witness to this brutality on another black life. You can see it in the video. #blacklivesmatter #girlslikeus pic.twitter.com/s1K6shRuwx

But this is why we must always clarify that all #BlackLivesMatter every time we invoke this chant.

Sadly, this incident is not an outlier. Just last month, Nina Pop, a Black trans woman, was stabbed to death in rural Missouri. In 2019, Black trans women were murdered by Black cis men in numbers so high that the American Medical Association declared the overall crisis to be an epidemic. Also, nine out of ten trans women who are murdered in the U.S. are Black, and the country has the third-highest recorded killings of trans women on the planet.

According to Trans Equality, “One in five transgender people in the United States has been discriminated when seeking a home, and more than one in ten have been evicted from their homes, because of their gender identity.” More than one in four transgender people have lost a job due to bias, and more than three-fourths have experienced some form of workplace discrimination.

While there is so much that needs to be done for trans rights in legislation, in the meantime, it is imperative that we put our money where our mouths are. You cannot claim to be a feminist if your feminism is not intersectional. Remember to #ProtectBlackTransWomen and #OpenYourPurseCis.

Here is a list of organizations that work specifically to assist trans women of color that you can donate to: